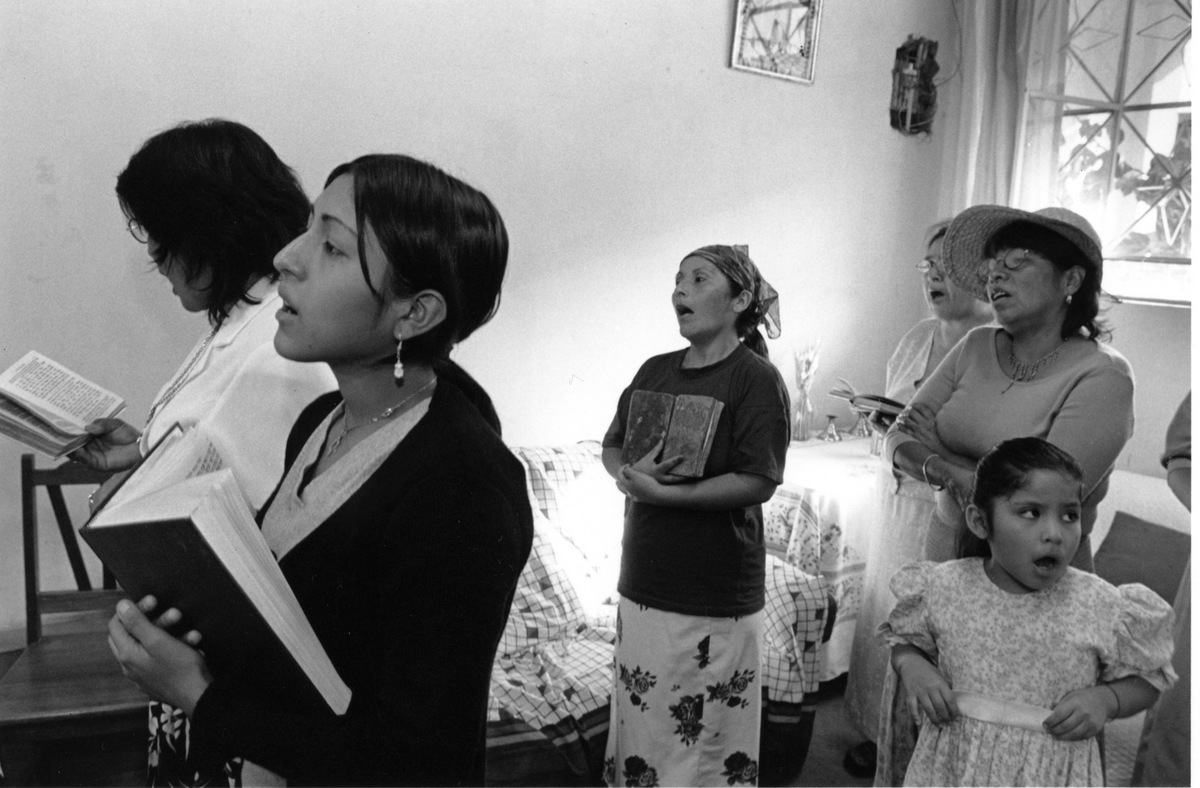 At a house on the outskirts of Peru’s capital city, Lima, women pray the afternoon service, mincha. As part of a community of recent converts to Judaism, the congregation lacks some of the basic resources that other groups might take for granted. For instance, they read from a paper Torah scroll rather than a more expensive parchment one. Although Peru has a well-established Jewish community (their former First Lady, Eliane Karp, is Jewish), this new congregation does not have a lot of contact or recognition from them. Indeed, this group was thrilled to be visited by a photographer from the U.S.A.

Zion Ozeri explains what happened. “It’s always intriguing to find communities that sometimes number in the hundreds that decide to become Jewish and who don’t claim any Jewish roots. I came with an assistant and as soon as I walked into the house, everyone started singing “Heyvenu Shalom Alechem”. I didn’t expect them to be singing or to be so honored by my presence but obviously my visit was significant for them and made them feel included in this big tent of Jewish life. So that’s why they were singing and clapping … And it was a bit of a surprise, and I wasn’t sure if I was going to laugh or cry, because it was very touching but funny at the same time.”

Ozeri continues, “This community chose that they would become Jewish and some of them are converting, according to Halacha (Jewish law), and some of them have plans to immigrate to Israel. I arrived at mid-day, and after half an hour of just talking and taking some photographs, one of the leaders said something in Spanish, the only word that I understood was “mincha”. They started to pray mincha… And they prayed flawlessly, women and men, and they knew the text. They were saying that one day they were hoping to buy a parchment Torah.”