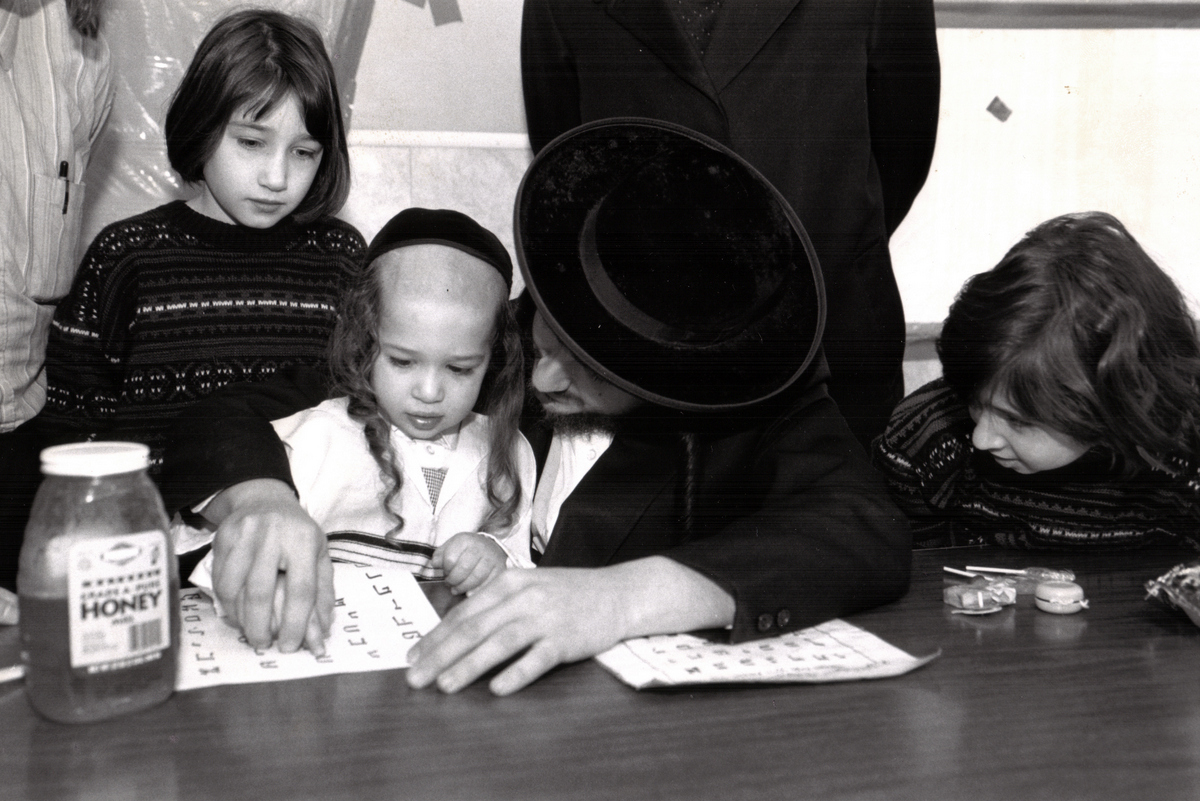 What do you see in this photograph? A young boy sits on a rabbi’s lap, and together they point to Hebrew letters while a jar of honey sits beside them on the table. It is a custom in some communities that when a boy reaches three years of age, he gets his hair cut for the first time (everything except the peot, or corners) and learns his first Hebrew letters. But what is the honey for? They use the honey to show the child that studying Torah is sweet. This is an important event in the life of this boy: His sisters and other family members look on as he starts down the path of Talmud Torah—Jewish learning.