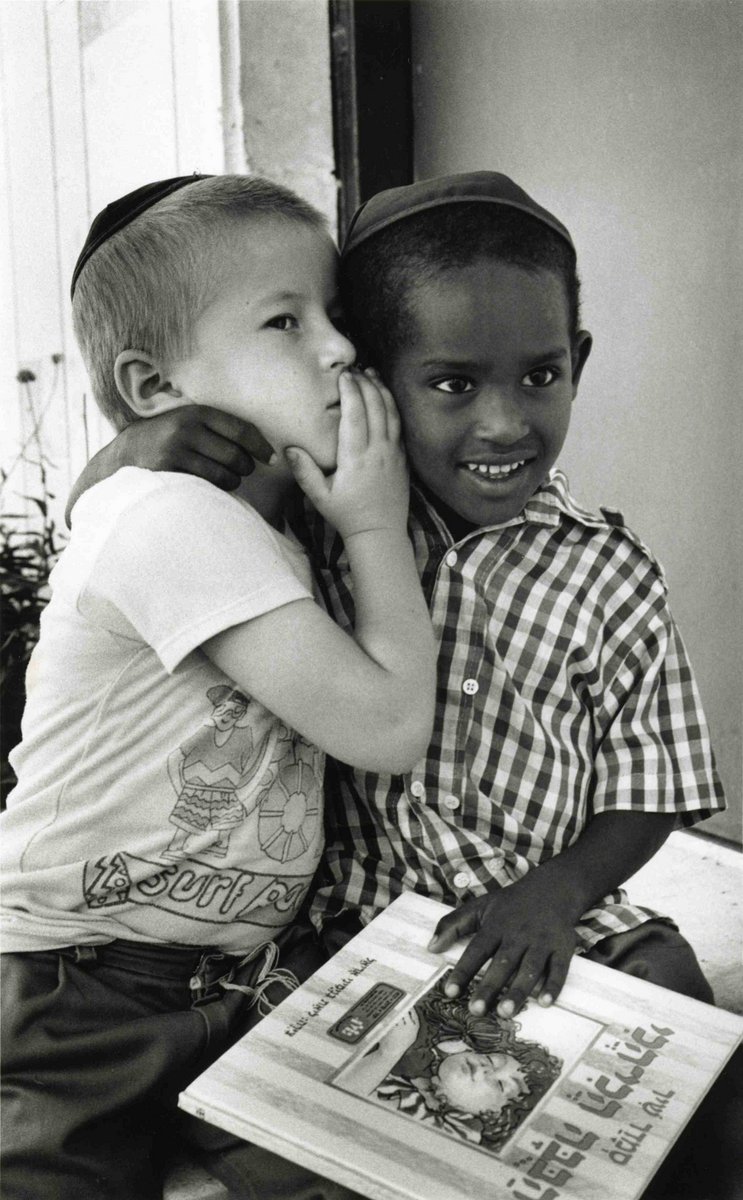 During the 1980s and 1990s, many Jews came to Israel from Ethiopia and the former Soviet Union for religious freedom and a better life. These immigrants often lived in special apartment buildings, called “absorption centers,” until they could find more permanent homes. Absorption centers provide temporary housing and an introduction to Israeli life for many new immigrants. The photographer, Zion Ozeri, explains how important these centers are: “The first few steps of any immigrant are very difficult—not knowing the language, not knowing where to buy things, where to go. The Absorption Center helps the new immigrant. It’s something I don’t know if they have anywhere else in the world. It’s a place where you can ease yourself into it. For the first few months at least, they give them some money to buy food, and there is an ulpan (Hebrew class) for teaching the language. They kind of initiate them into new life in Israel, and how to deal with everyday things from the very, very simple things—like shopping in the supermarket—to finding a job.”

The two boys in this picture are in a kindergarten class at an absorption center near Jerusalem. One boy is from Ethiopia; the other is from the former Soviet Union.

When two people relate to each other authentically and humanly, God is the electricity that surges between them.
– Martin Buber

One day, [Honi] was walking along the road, and he saw a man planting a carob tree. He asked him, “How long does it take [for this tree] to bear fruit? The man replied, “Seventy years.” He asked him further, “Are you certain you will live another seventy years?” The man replied, “I found the world provided with carob trees because my forefathers planted them for me. I am planting them now for my children.”
– Babylonian Talmud, Taanit 23a