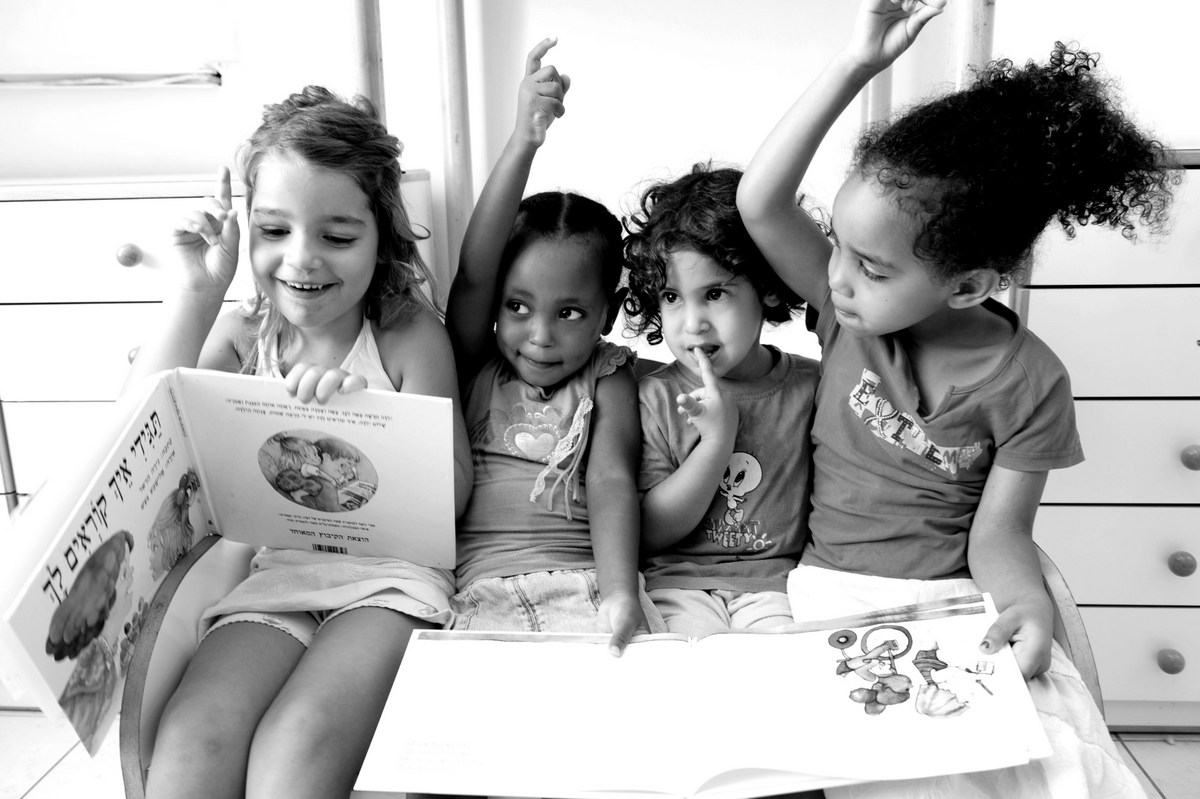 Tell Me, What’s Your Name is the title of the book these girls are reading. It may also have been the first thing they said to each other when they met in their nursery school class in the Israeli city of Rehovot.

Rehovot (literally, “wide expanses”) is one of the oldest and most diverse modern Israeli cities. It was founded in 1890 by Polish Jews. The original inhabitants were joined 16 years later by immigrants from Yemen. Today, Rehovot is home to more than 100,000 people, representing religious, as well as secular communities, and hailing from Ethiopia, North Africa, Yemen, the former Soviet Union, and elsewhere. The young girls in this photograph reflect not only the diversity of the local community but the spirit of fellowship that typies the residents of Rehovot despite their cultural and religious differences.

The studies of school children may not be interrupted even for the building of the Temple.
– Babylonian Talmud, Shabbat 119b

Let not a thousand friends seem too many in your eyes.
– Solomon Ibn Gabirol, Jewish philosopher and poet, 11th century