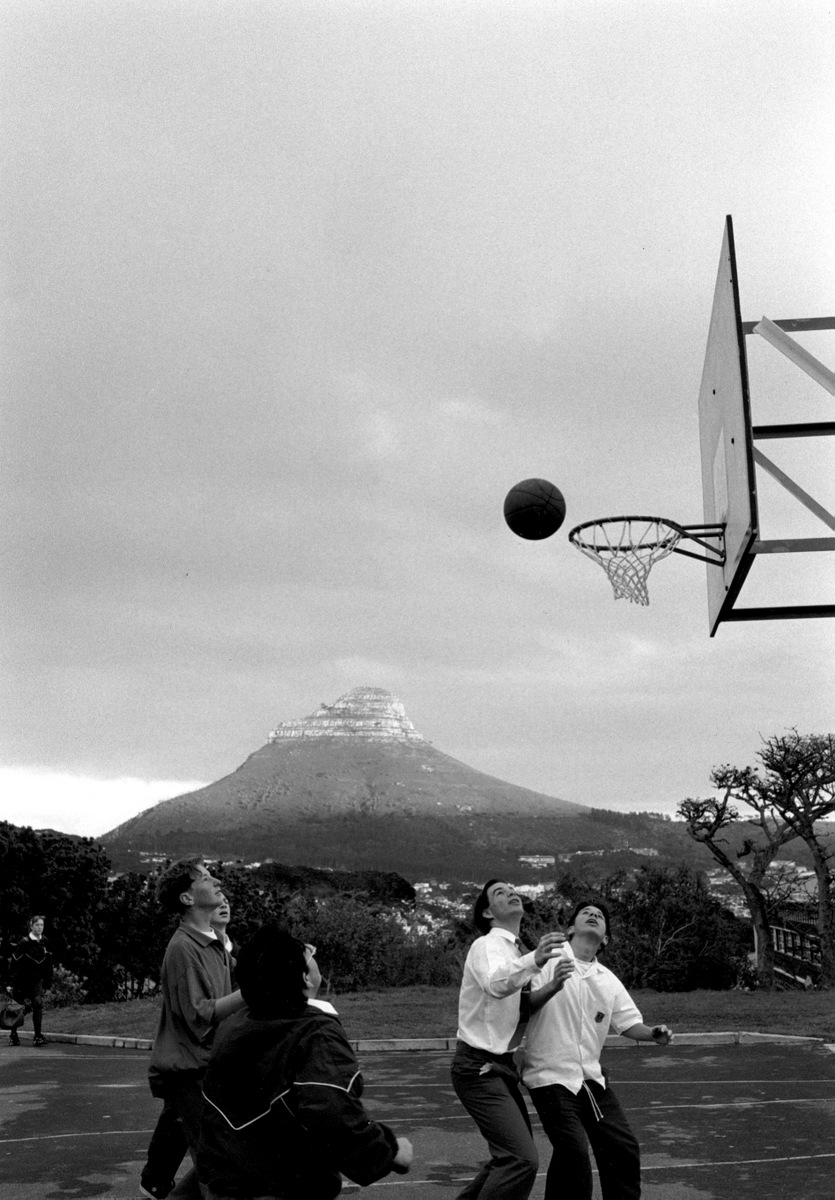 In this photograph, teens at Herzlia High School play basketball on a court near the slopes of Table Mountain in Cape Town, South Africa. Since the first Jewish school was founded in Cape Town at the end of the 19th century, the community has seen a number of institutions for Jewish education arise and merge. United Herzlia Schools is named after the father of Zionism, Theodor Herzl, and celebrated its 70th anniversary in 2010, the same year that Cape Town hosted matches for the World Cup soccer tournament in South Africa. Alumni of the school, known as Herzlians, now live in forty countries worldwide, from Azerbaijan and China to the United States and Zimbabwe. This is consistent with a trend over the past thirty years which has seen the number of Jews in Cape Town, as well as the overall Jewish community in South Africa, grow smaller. At the same time, South African Jews pride themselves on providing the most per capita support to Israel, and Cape Town has Africa’s only learning center about the Holocaust.