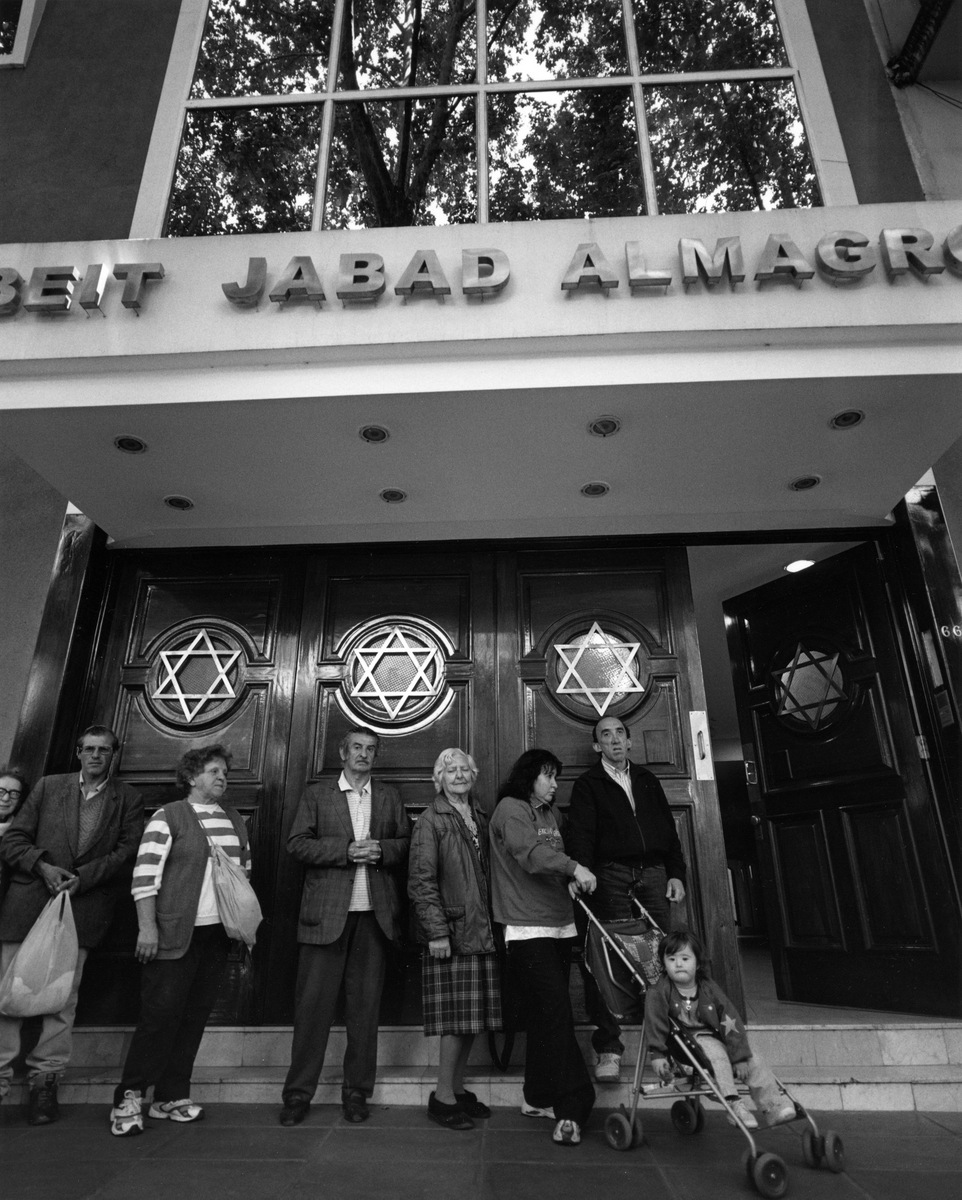 A soup kitchen or comedor comunitario hosted by a Chabad synagogue in Buenos Aires, serves more than a hundred people with a hot meal every day. When this photograph of aid recipients waiting outside the synagogue’s entrance was taken in 2002, it was only a year after the country experienced a major financial collapse that left one in four people in the country out of work. Prior to that, during the 1990s, two major anti-Semitic attacks left the Jewish community scarred, as 114 people were killed and the archives of the hundred year old community center in Buenos Aires were partially destroyed. Although the Jewish community has regained strength, and Argentina’s economy is growing to become one of the largest in the region, poverty remains a challenge and the value of tzedakah is as important during a time of relative stability as well as during a time of crisis. Zion Ozeri notes that while documenting the needs of the unemployed during this troubled time in the country, he was careful to receive permission from the photo’s subjects. When the subject of a photograph is a person in distress, such as in this case, it is a special moment for ethical consideration about how they will be portrayed and what the impact of the photograph will be.

Where do we draw a moral line between visual exploitation and photo-journalistic practices?

Is there anything inherent about a photograph of such a subject that is a call for the viewer to act, or is it more content to preserve the status quo in order to maintain an arresting subject?