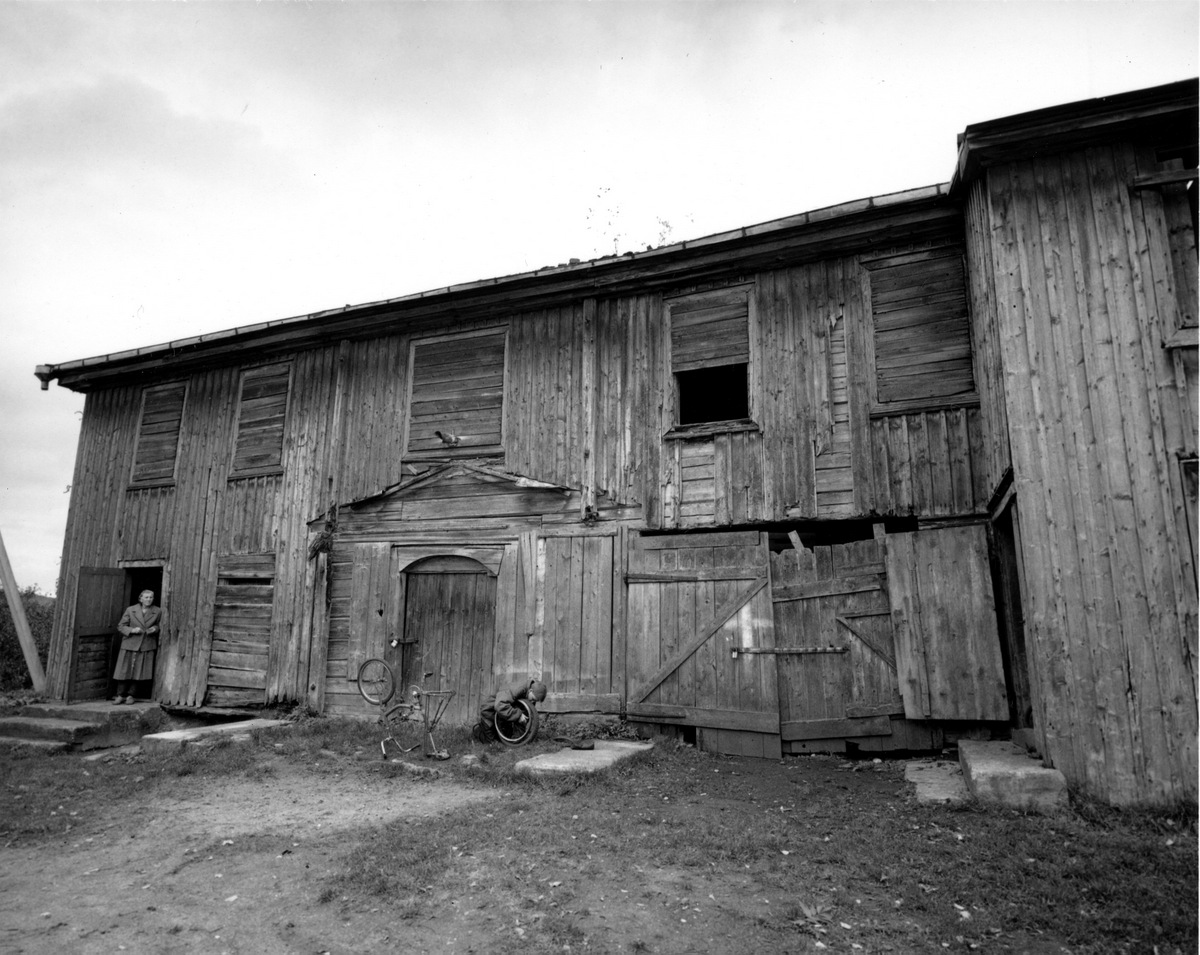 Though the late 19th century synagogues in the cities of Central and Eastern Europe are breathtakingly beautiful, with Moorish towers, brightly colored abstract painting, and arches and colonnades that rival many cathedrals, the style certainly did not exist outside the walls of cosmopolitan cultural centers. This wooden synagogue was built in the mid-19th century in the small town of Žiežmariai where Jewish families, who composed nearly half the population, also had their own bank, Hebrew school, library and orphanage. The synagogue’s architecture reflects a certain kind of humility: since the 1650s, synagogues and houses of scholarship in the towns and small cities of the Polish-Lithuanian Commonwealth were constructed out of wood because the Jewish religious and cultural buildings needed to have unremarkable exteriors, looking like large sheds. In some places, anti-Jewish laws and customs forbade the structures from upstaging churches that were nearby.

Though their outsides might have been plain, the people of these communities still wanted to sanctify their sacred spaces. Jewish artists beautified them by decorating the interiors with vivid paintings and intricate wood carvings in many synagogues across the region. This expression of a new Jewish folk art tradition included large lettering of words from prayers and sacred texts, exotic animals and foliage in brightly colored paint, as well as traditional symbols like the Ten Commandments.

However, this synagogue in Lithuania has a dark history. During World War II, after nearly all the Jewish people of Žiežmariai and the surrounding towns were murdered by Nazis, who acted with help from Lithuanian nationalist collaborators, the synagogue was used for storing their clothes and possessions before they were sold to the remaining townspeople. After the war, when Lithuania was part of the Soviet Union, the building was used as a barn. Other remaining wooden synagogues, of which there are barely a dozen, were used for such varied purposes as veterinary clinics, dance halls and movie theaters. Only one has been restored as a sanctuary. A few buildings that had barely survived the turbulent 20th century have collapsed or recently been demolished. Now, more than 150 years after it was built, the synagogue in Žiežmariai is also deteriorating with its windows boarded up and its interior nearly gutted. An elderly Lithuanian non-Jewish woman who lives nearby is its caretaker and holds the key to let visitors inside.

Is there a just and respectful way to preserve fragile relics like these synagogues?