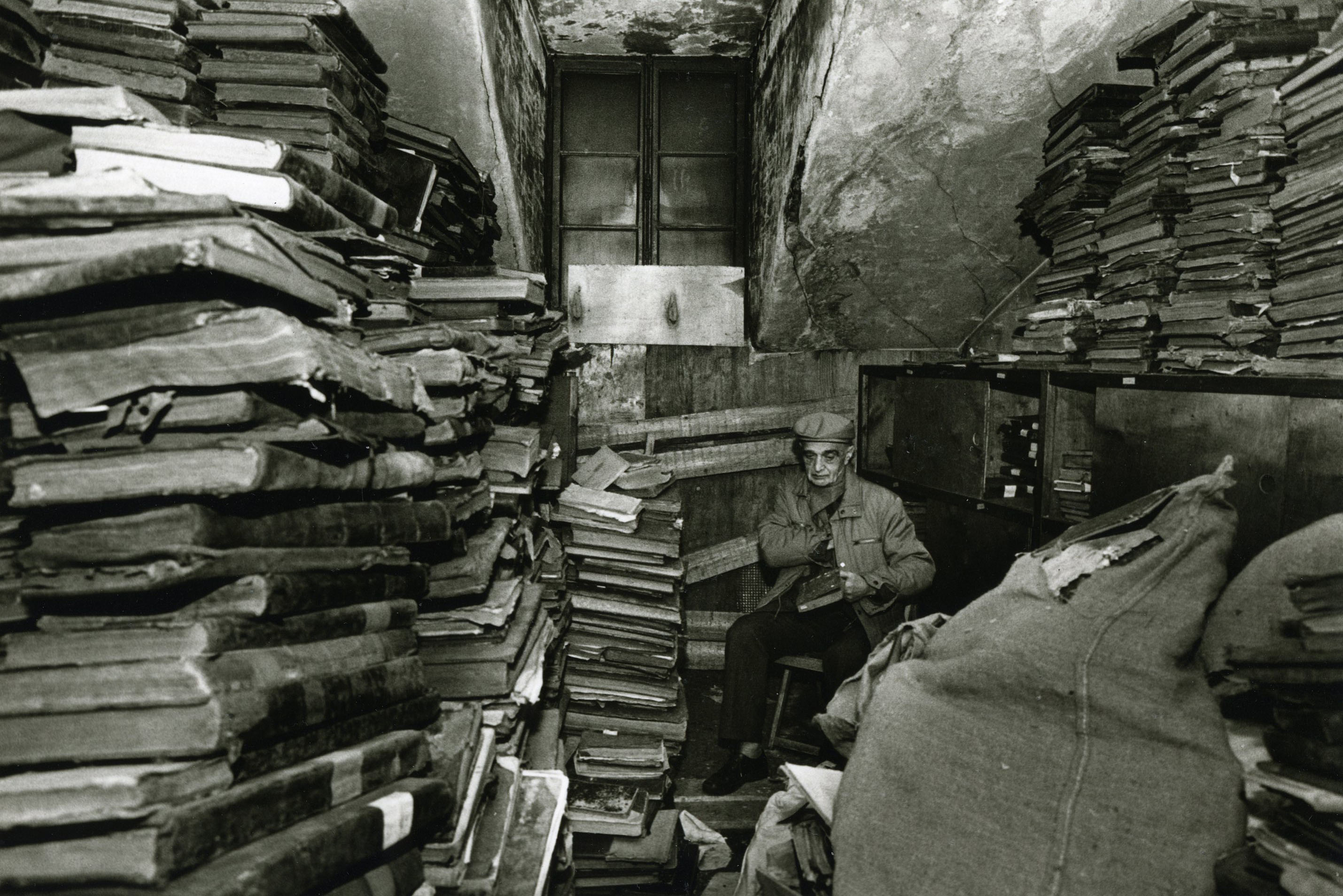 Before World War II, there were many synagogues in Riga, the capital of Latvia. In fact, until the 20th century, Eastern Europe was a center for Jewish life and learning. But today, only one synagogue still stands in Riga. And just a handful of elderly Jews, like the man in this picture, still attend services. During the communist period, young people were intimidated by the police to keep them from going to synagogue. But if you climb up to the synagogue’s attic, you will discover stacks and stacks of ancient Jewish books. These books remind us that there once was a large and active Jewish community there.

According to Jewish law, sacred books can’t be thrown away. They must either be set aside in a special storage area called a genizah or buried in the ground.

The photographer, Zion Ozeri, explains how he came to take this picture: “When we came, there were only a few elderly men in the synagogue. This one [in the picture] is the gabbai, actually. And I asked the translator to ask him—I found it strange that in a big synagogue there were only a few prayerbooks. So I asked him to ask about that. And the man kind of got a little insulted, because he thought I was questioning their Jewishness. So he said to the translator, ‘Does he want to see books? I’ll show him books.’ So he took us to the attic. It turns out they had put all of their books in the attic, because the communists didn’t want to see that richness of Jewish life. Because when you see so many books, what does that mean? It means that this culture and tradition is very rich. So they put everything in the attic. He was actually reaching for his glasses to show me a book, to show me how ancient these books were. At that moment I saw this image and I took a photograph of it.”

Ben Bag-Bag taught:
Study it [Torah] and review it; you will find everything in it.
Scrutinize it, grow old and gray in it, do not depart from it. There is no better portion in life than this.
– Pirkei Avot 5:24