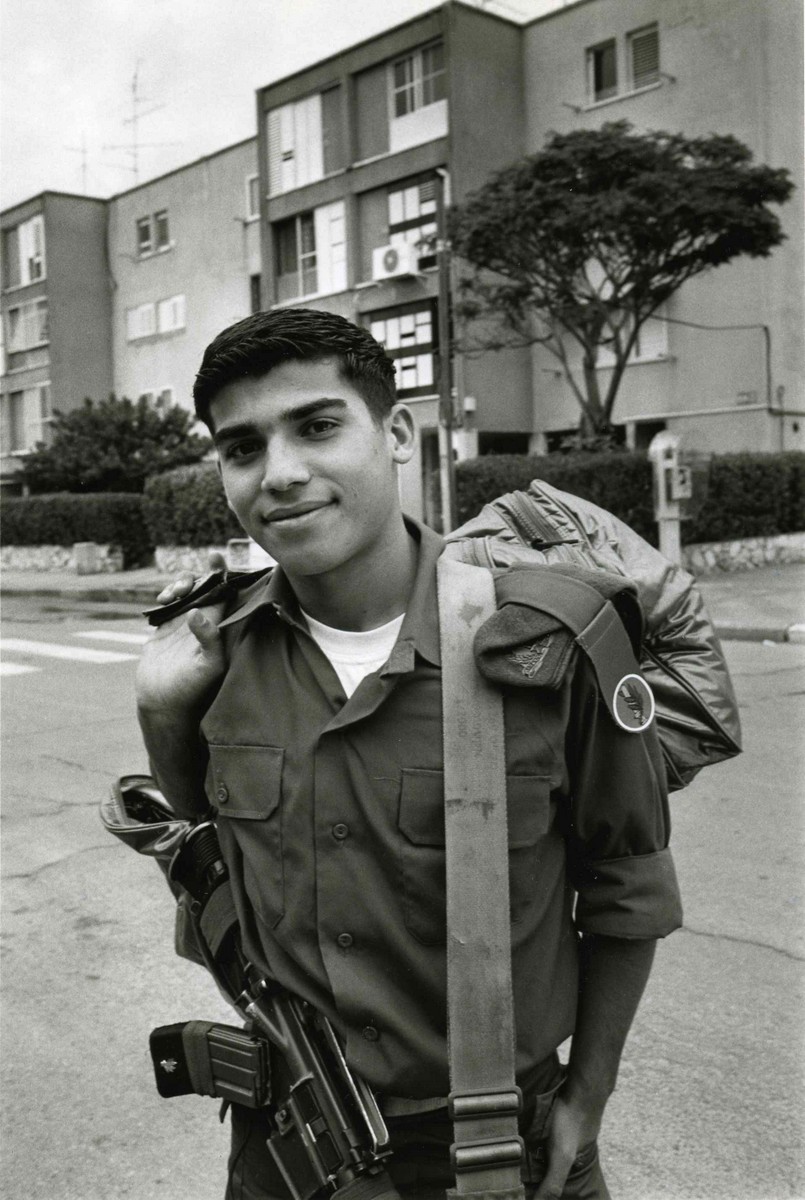 This young Israeli soldier is a member of the Kavkazi community, Jews from the Caucasus Mountains of southern Russia and Azerbaijan. The origins of the Kavkazi community are mysterious—some believe their story began more than 2,500 years ago with the Jewish exile to Babylon. But throughout their history, the Kavkazi Jews always longed to return to Eretz Yisrael.  In recent decades, their dream has become reality; there are more than 100,000 Kavkazi Jews living in Israel today.

Like young Israelis of all backgrounds, most Kavkazi youths enter the army at age 18. Men usually serve for three years; women for two. Typically, men are also called up for reserve duty every year until about age 40.

For instruction shall come forth from Zion, the word of the Lord from Jerusalem. Thus He will judge among the nations and arbitrate for the many peoples, and they shall beat their swords into plowshares and their spears into pruning hooks: Nation shall not take up sword against nation; they shall never again know war.
– Isaiah (Yeshayahu) 2:3-4

It is true we have won all our wars, but we have paid for them. We don’t want victories anymore.
– Golda Meir