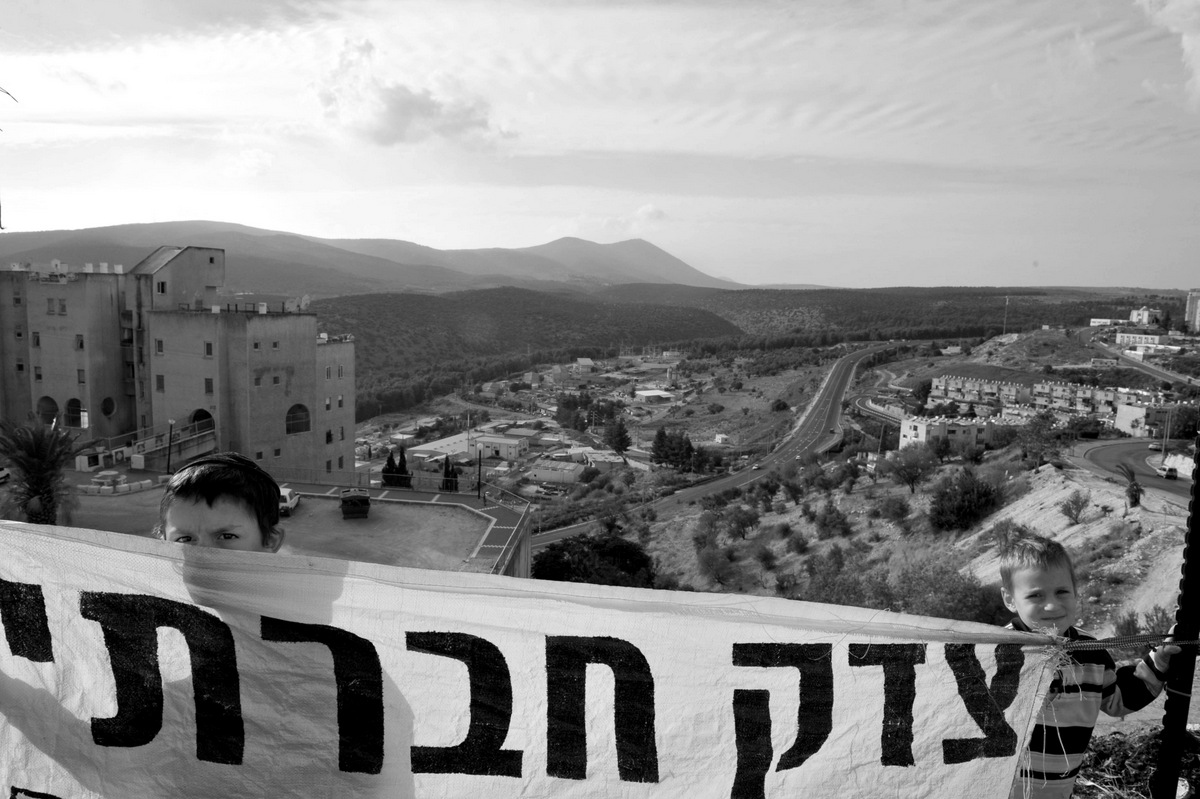 Tzfat has the highest elevation of any city in Israel and is located north of the Sea of Galilee in a lushly forested and hilly area. Since the 16th century it has been considered one of four holy cities in Israel and has been the capital of the mystical practice of Kabbalah, for which it still draws visitors today. Tourists can see the synagogues and graves of famous Kabbalist rabbis, as well as arts and crafts galleries that have featured in the city since its artists’ colony was started in the 1950s. The residential community, predominantly made up of ultra-Orthodox Jews, is also home to a lot of poverty which is something that tourists rarely experience.

Photographer Zion Ozeri Ozeri describes the process of deciding how to frame this subject while on assignment to shoot photos of poverty. “I saw this sign that someone had put out there. In Hebrew tzedek chevreti, means ‘social justice’. There were a lot of small kids playing and showing curiosity about seeing this big camera. I was snapping a bunch of photographs in the area and I wanted children in this photograph – I didn’t just want to take this sign and part of the landscape. I wanted to have the human element, because when you’re talking about social justice, people are a part of it.”

How can you choose to frame social justice issues and portray the subjects with kavod (dignity)?