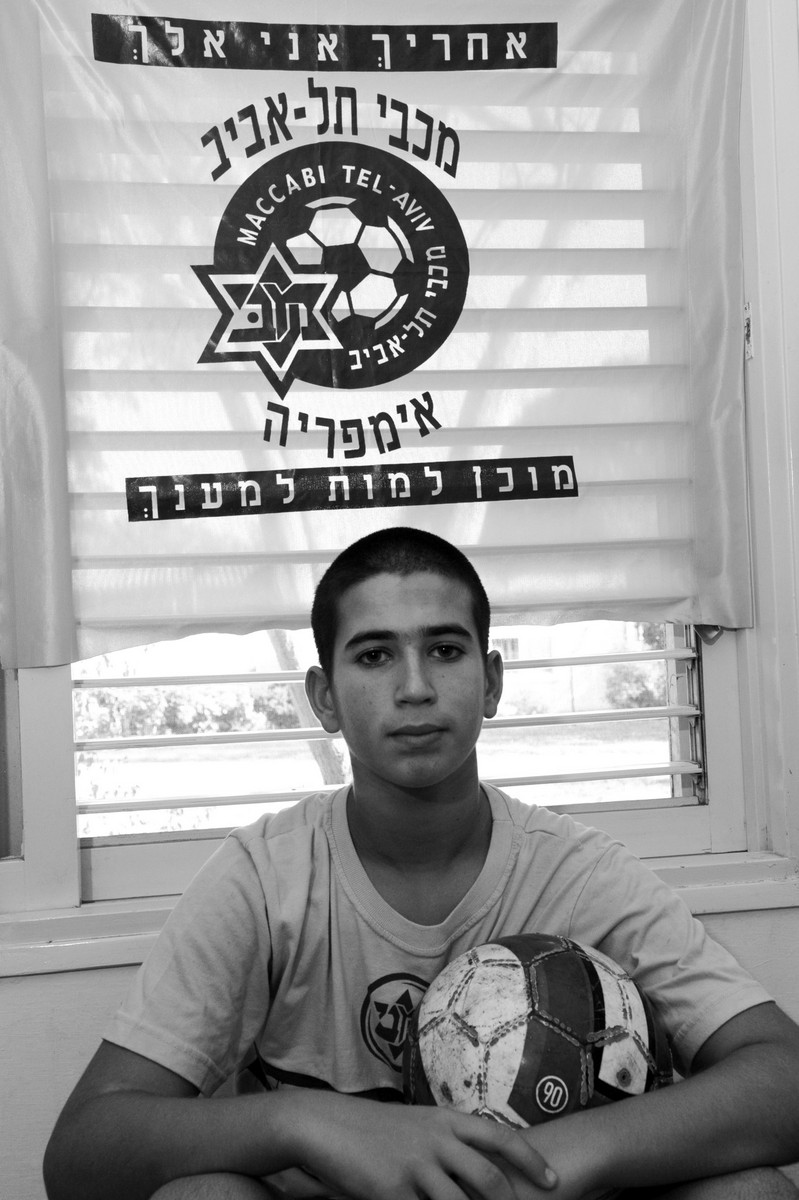 The title of this photograph, Soccer Fan, says it all. And if the title doesn’t get the point across, the banner behind this boy does. It reads, “After you I will go…I’m ready to die for you—Maccabi Tel-Aviv.” Maccabi Tel-Aviv is the oldest and most successful soccer team in Israel. In fact, the team was established even before the State of Israel was.

Soccer, known in Hebrew as cadur-regel (literally, “football”) is arguably Israel’s most popular sport, and fans (like sports fans everywhere) clearly take it seriously. This boy lives on Kibbutz Mefalsim in the Negev Desert of southern Israel, but his heart lies elsewhere—on the sports fields of Tel-Aviv.

Rabbi Yehudah ben Teima said:
Be bold as a leopard, light as an eagle, swift as a deer, and strong as a lion, to carry out the will of your Father in Heaven.
– Pirkei Avot 5:23

Bodily health and well-being are part of the path to God. One must therefore avoid anything that may harm the body and one must cultivate healthful habits.
– Maimonides, Mishneh Torah, Hilchot Deot 4:1