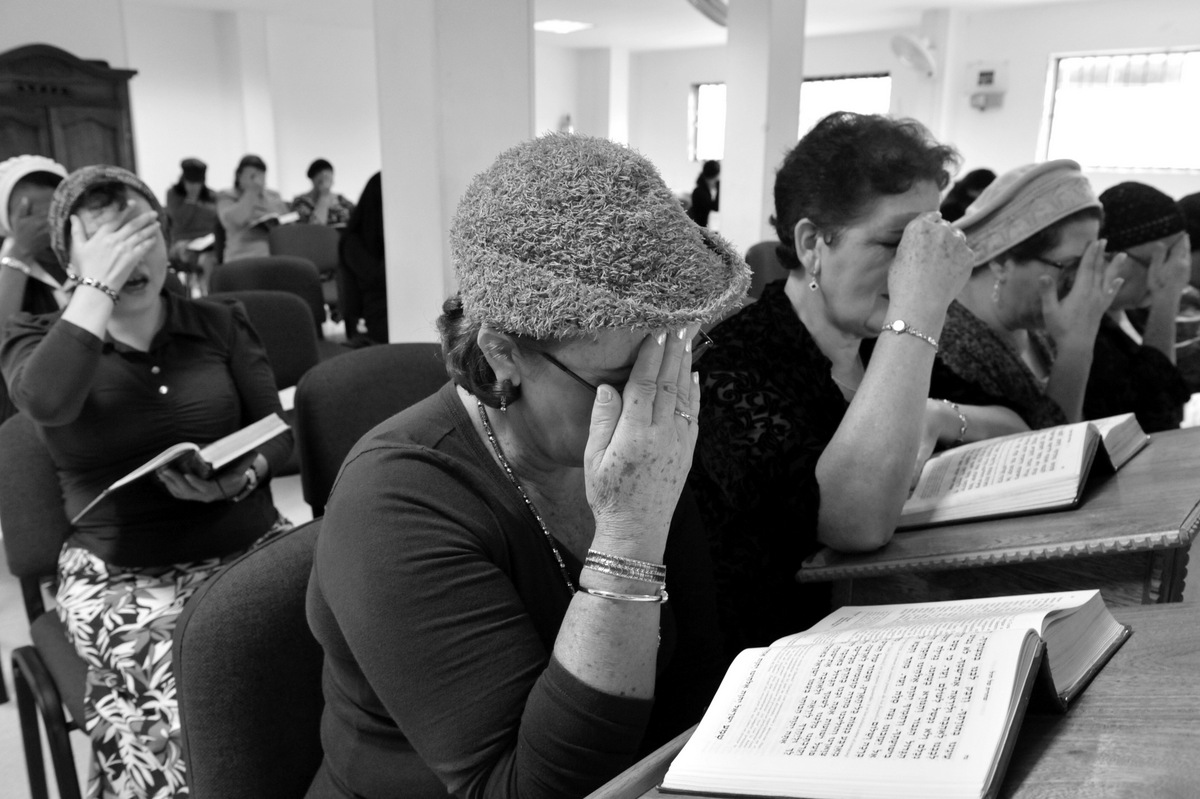 Prayer is a central focus of any Jewish community, whether it is conducted in the home, a synagogue, a community center, or outdoors. The rituals in this Latin American congregation may look like ones you have seen or participated in. Members of this community adhere to Orthodox traditions, with men and women sitting separately, and here, they cover their eyes while reciting the Shema.

This unique community is composed of Colombians who identify as being Jewish, but who are still in the process of being rabbinically recognized as such. As the community has begun the conversion process from Evangelical Christianity, members have built Hebrew schools and kosher markets. In a region affected by drug smugglers and ongoing civil war, religion can become a sanctuary for people. After visiting Israel in 1998, a charismatic young Christian pastor from the community was kidnapped by Colombian guerilla fighters for 12 days. After his release he visited the Holy Land again in 2004 and the spiritual doubts that had surfaced during his captivity prompted him to break apart his church and encourage members to join him on a journey to a Jewish life.