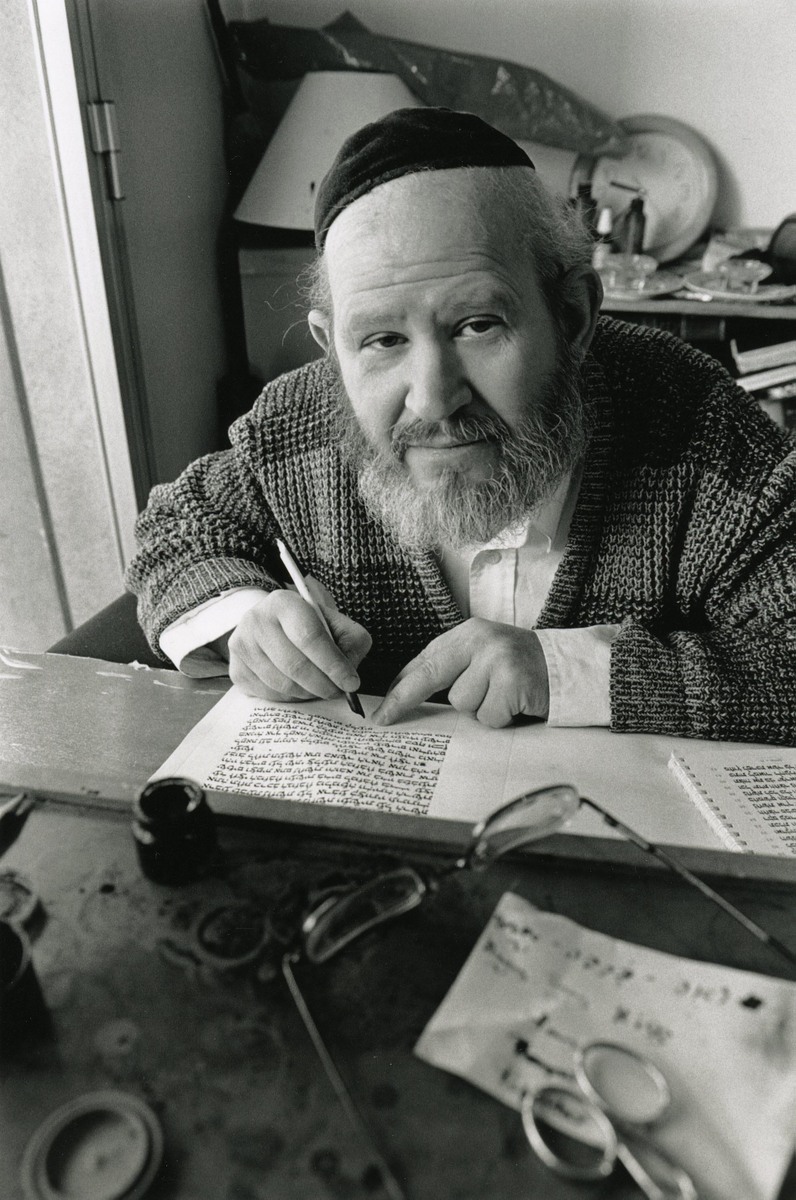 This sofer (scribe) in Marseille, France, is writing a Torah scroll. A kosher Torah scroll must be written by hand by a trained scribe, using quill pens, special ink, and parchment made from animal skin. The scribe cannot simply write the Torah from memory; he must carefully copy every word from an existing Torah. It can take as long as one year to write a single Torah scroll.

Marseille is the second largest city in France, and it’s home to the third largest Jewish community on the European continent. Jews lived there as early as the 6th century. During the Middle Ages, Jewish merchants settled in the lower part of the city near the port, trading with Jews and Christians from around the Mediterranean region. The Jews were granted the status of citizens and in the 14th century even given special consideration—for example, they were exempted from having to sweep in front of their houses on Saturday and from having to carry a lantern after curfew on Jewish holidays. In the 15th – 17th centuries, however, the Jews of Marseille faced a number of persecutions. The Jewish population dropped considerably by the 18th century but began to grow again in the 19th century. During the Holocaust, the city was in the unoccupied part of France. Jews from other parts of Europe and North Africa took refuge there and helped rebuild the community after the war. Since the Holocaust, the Jewish community of Marseille has continued to grow, with the arrival of many Jewish immigrants from North Africa.

Have a beautiful scroll of the Law prepared, copied by an able scribe with fine ink and fine calamus; and wrapped in beautiful silk.
– Babylonian Talmud, Shabbat 133b

The Torah and all its commandments in their minutest details, as expressed in thought and deed, for a great and mighty Divine poem, a poem of confident trust and love. Every commandment and law has a unique musical quality that the congregation of Israel perceives and appreciates. It evokes the blossoms of reverent joy and song within us. It is for us to remove the warts from the ears of our sons, “the thorns and thistles that surround the noble flower,” so that the waves of song will echo in their hearts as well, uplifting their souls with the same natural exaltation that is common to all in whom the spirit of Judaism is properly developed.
– Abraham Isaac Kook, quoted in Banner of Jerusalem by Jacob B. Agus