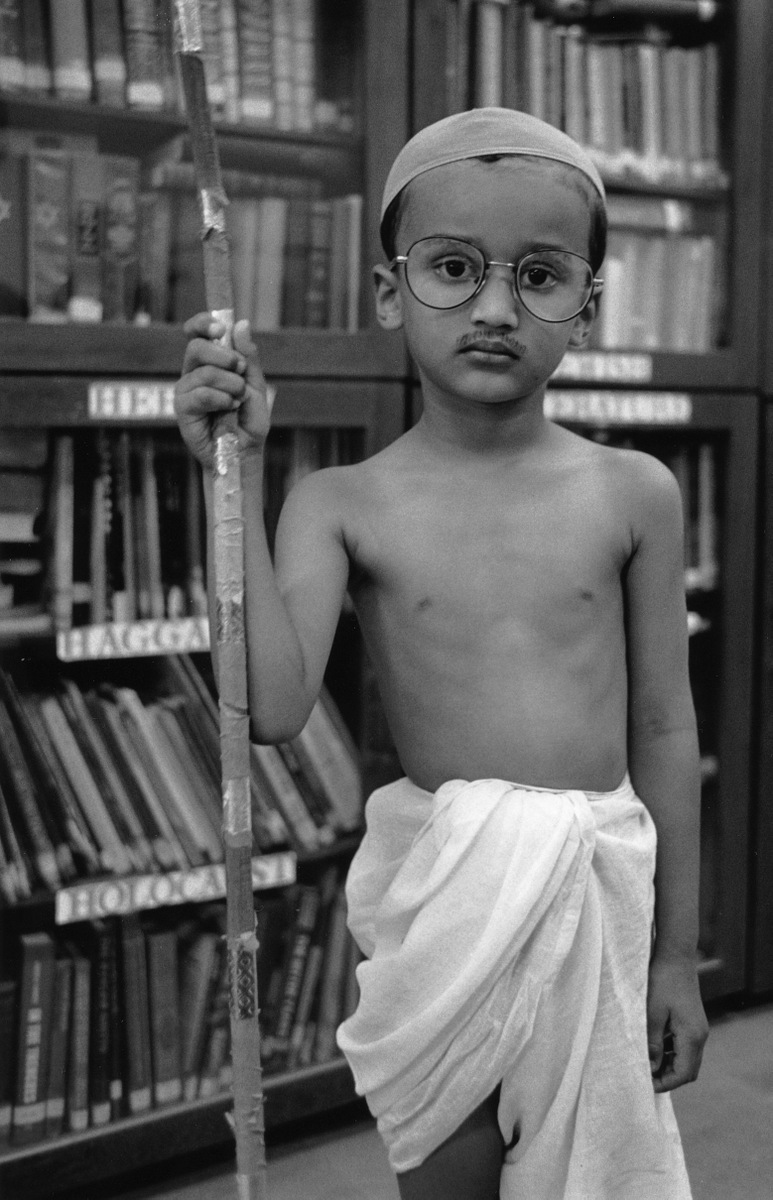 To celebrate the festival of Purim, this boy in India’s capital city Mumbai has dressed up in costume, following the well-known tradition of dressing as heroes and villains from the story of Esther. But rather than a figure from the Megillah, he is wearing the iconic outfit of his country’s greatest political hero, Mohandas Gandhi, who led India’s non-violent struggle for independence from the British Empire and self-rule through methods of civil disobedience in the 20th century. (Photographer Zion Ozeri insists that the boy’s somber demeanor was just him impersonating Gandhi’s seriousness and minutes later he returned to the Purim tradition of being merry.) The boy is a member of B’nei Yisrael, the largest of three distinct Jewish communities in India which traces its roots back to a small group that left the Galilee area for the subcontinent in the 2nd century BCE, but was separated from the rest of Judaism for centuries thereafter. In fact, Gandhi’s close friend and advisor, Dr. Abraham Solomon Erulkar was a member of the B’nei Yisrael and his family also founded a major synagogue in the state capital of Ahmedabad. Though many families from the B’nei Yisrael group have immigrated to America, England, or Israel, the blend of cultures in the community remains strong.

What are your family’s or community’s traditions during Purim? What other characters from popular culture are often featured in Purim celebrations?