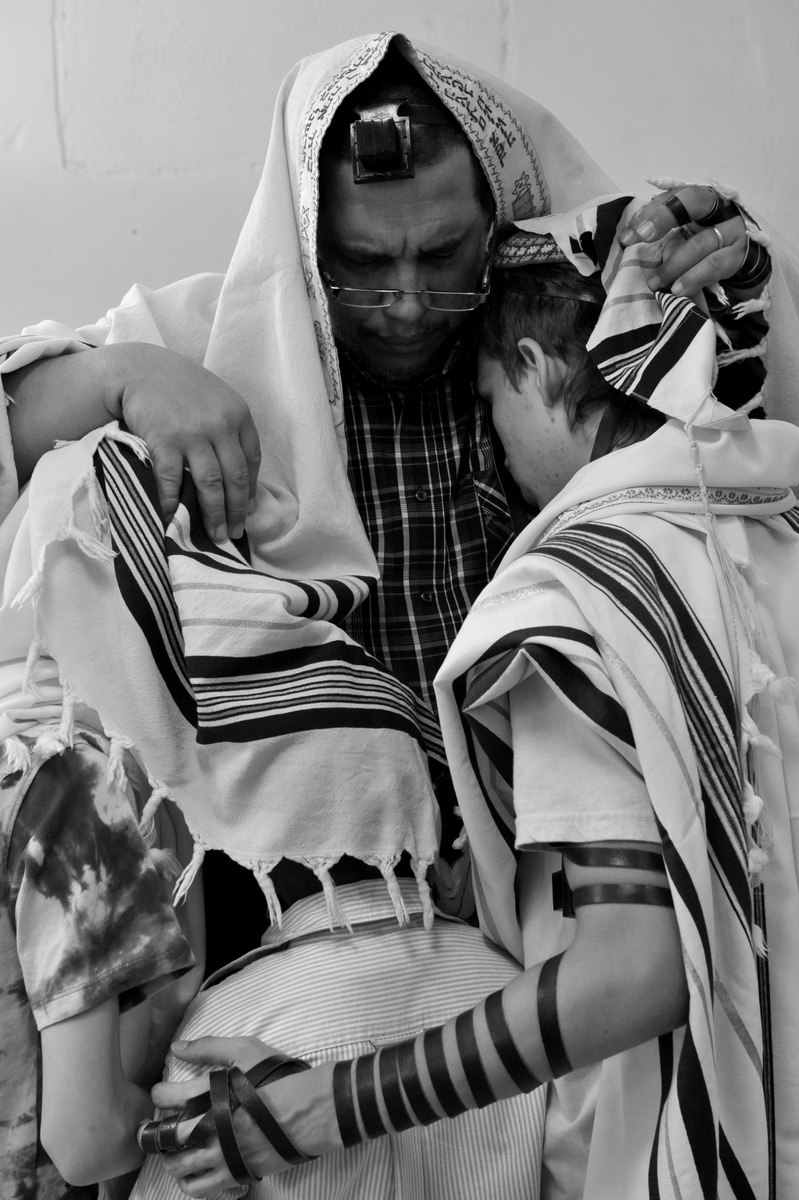 In this photograph, a father draws his three sons to his chest during the Birkat Kohanim, the priestly blessing. In the tradition of many Sephardic communities, including this one in Cartagena, Columbia, men cover the heads of their children during the blessing so they can focus on the meaning of the Hebrew words while it’s being recited. One of the man’s sons is past bar mitzvah age, since he also wears the tefillin. Like the Jewish community in Medellín, this congregation in Cartagena is also relatively new. It consists of recent converts to Judaism. However, unlike the Jews of Medellín, this community traces its own history through centuries of secret practice, and back to the Jewish communities of Spain before forced Catholic conversions during the Inquisition.

Even though the photograph has lively visual patterns, the bands of the tefillin, the fringes and stripes of the tallit and the plaid of the father’s shirt, Ozeri maintains that the subjects were not posed for this “sweet moment where you see the way the children connect to the father and vice-versa.” Instead, he emphasizes the importance of anticipation, saying that “it helps quite a bit to know the traditions beforehand, to know our history. Before you go on any assignments, you want to do some research… It’s nice to have a surprise here and there, but overall, you want to know what’s happening so you can focus on it, and prepare to tell what it is you want to say.”

What does the clothing of the four subjects tell us about their relationship to one another and to their traditions? Usually emotion is communicated through people’s faces, but what can be said through gestures and body language?