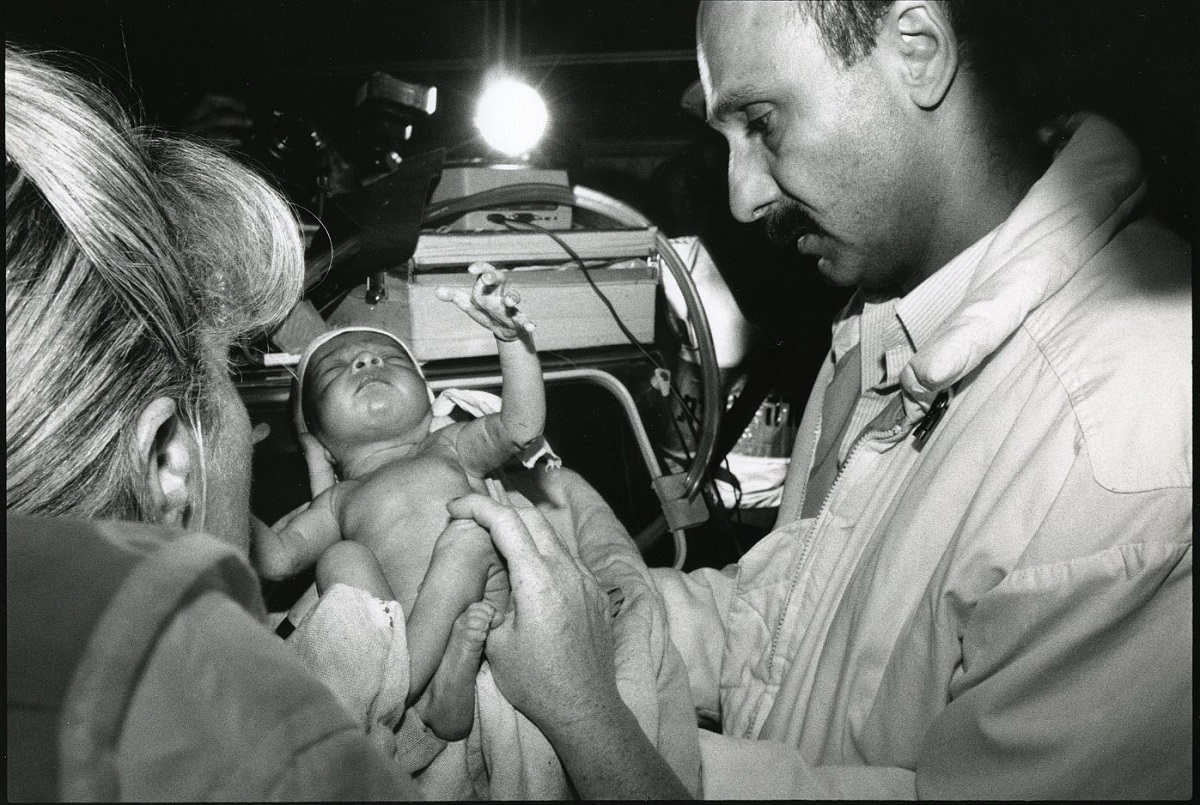 In 1990, Israel and Ethiopia reached an agreement that would allow Ethiopia’s remaining Jews to move to Israel. But before anything could be done, rebel forces threatened to topple the Ethiopian government. So in May 1991, as the rebels seized control of Ethiopia’s capital, the Israeli government organized an unprecedented rescue operation, called Operation Solomon. Beginning on Friday, May 24, and continuing non-stop for a day and a half, 36 El-Al jumbo jets and military transport planes carried more than 14,000 Ethiopian Jews to freedom in Israel. The baby in this photograph was born en route to the Holy Land.