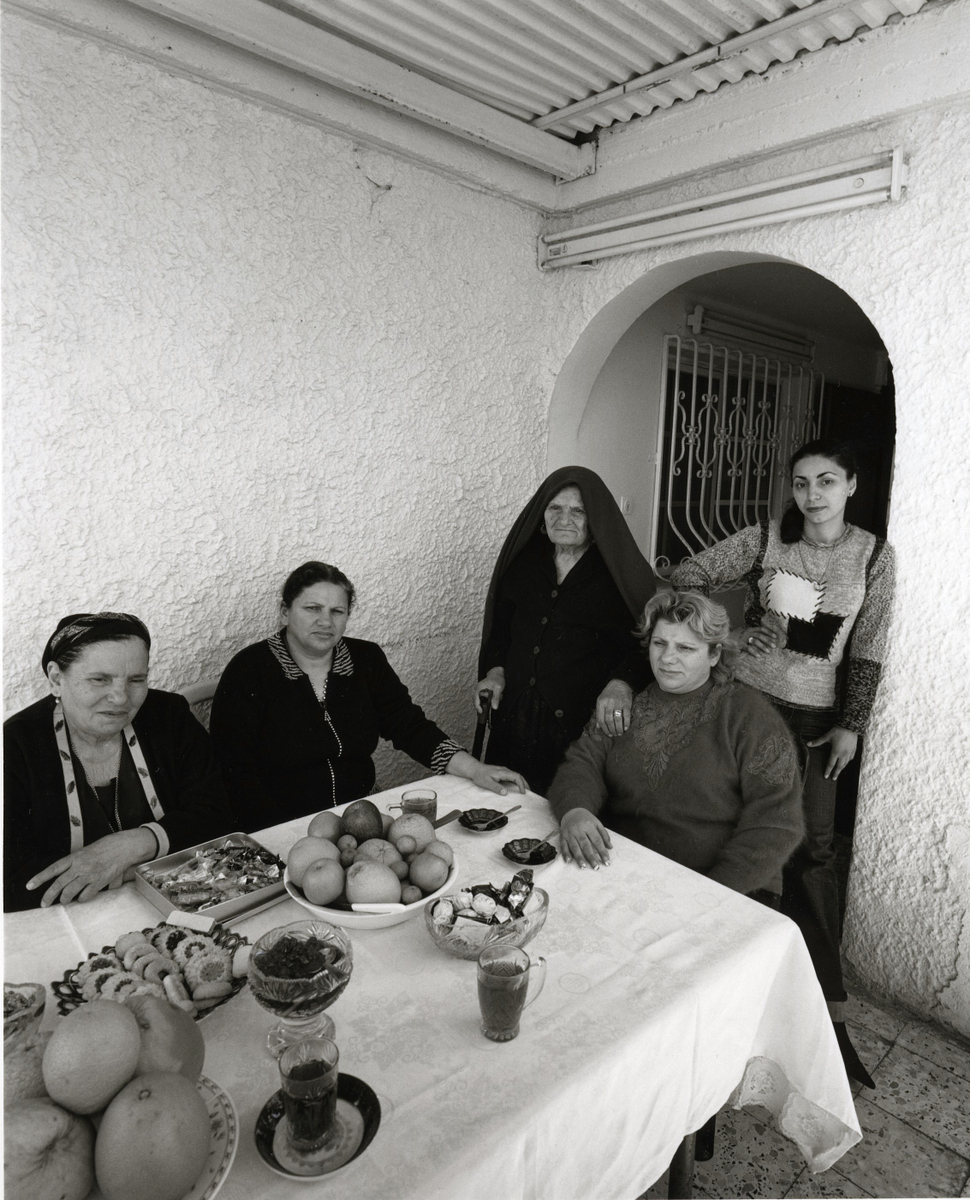 Members of the Kavkazi community (Jews from the Caucasus Mountains of southern Russia and Azerbaijan) who have immigrated to Israel have strived to retain important aspects of their rich cultural heritage. This photograph reflects one example of this—the value of hospitality that is central to their tradition. The woman in the middle (with her head covered) represents another cultural attribute among the Kavkazi Jews—the reverence and respect that is paid to matriarchs and patriarchs in the community. The photograph, however, also reflects a certain tension among the Kavkazis—the tension between tradition and modernity, as expressed in the different clothing styles of the younger and older women.

When the great calamity befell Job, he pleaded with the Holy One, “Master of the Universe, did I not feed the hungry, give drink to the thirsty, and clothe the naked?”

When Rav Huna had a meal, he would open the doors of his house and say, “Let whoever is in need come and eat.”
– Babylonian Talmud, Taanit 20b 21a