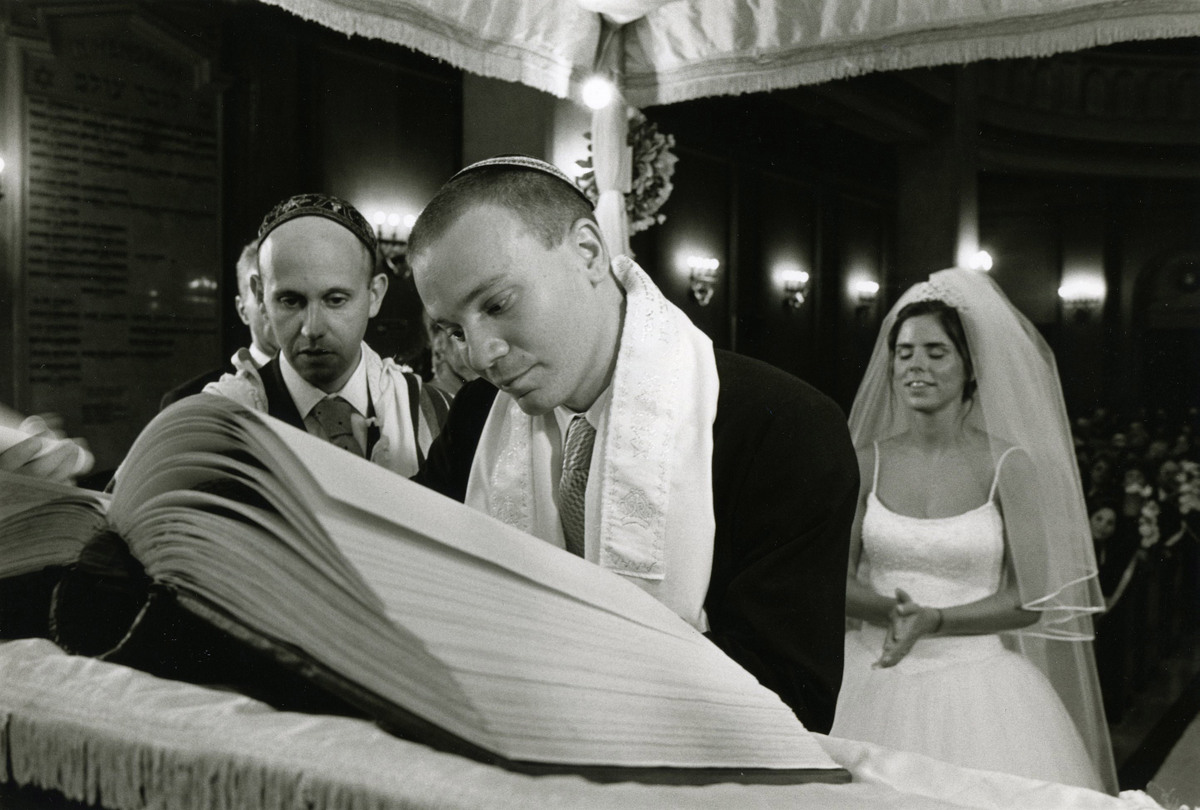 In this photo, a bride and groom stand under a chupah (wedding canopy) in the Libertad (Liberty) Synagogue in Buenos Aires, Argentina. The rabbi looks on as the groom signs a large book in which all the important events of the community are recorded. He will also sign the ketubah—the traditional Jewish marriage contract. Notice the bride standing behind him. What do you think she’s thinking or feeling?

Argentina has the largest Jewish community in all of Latin America. Because they are the biggest, they have taken on the responsibility of helping smaller communities. As photographer Zion Ozeri points out, “Buenos Aires has the only rabbinical and cantorial seminary in all of South America. And if you go to other countries in South America, the rabbis are always imported from Argentina. You have to remember, it’s the largest [Jewish] community [in Latin America], numbering about 200,000 people. I was in Aruba, for example, and the rabbi was from Argentina, and I was in Cuba and they had sent people from Argentina as well.”

…may there be heard again in the cities of Judah and in the streets of Jerusalem glad and joyous voices, the voices of groom and bride…
– from the traditional Jewish wedding ceremony