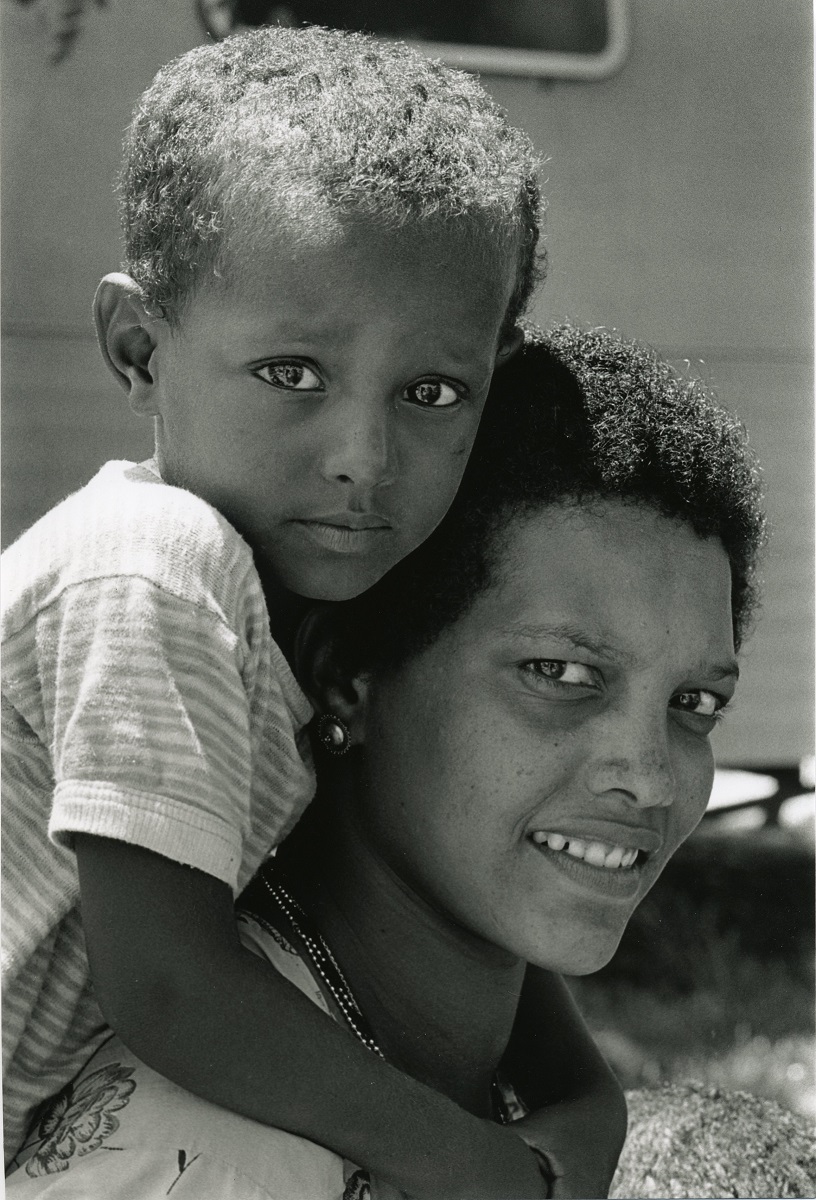 The mother and son in this photograph were brought to Israel as part of Operation Moses. They are shown here next to their new home, in the town of Ramla, not far from Tel-Aviv.