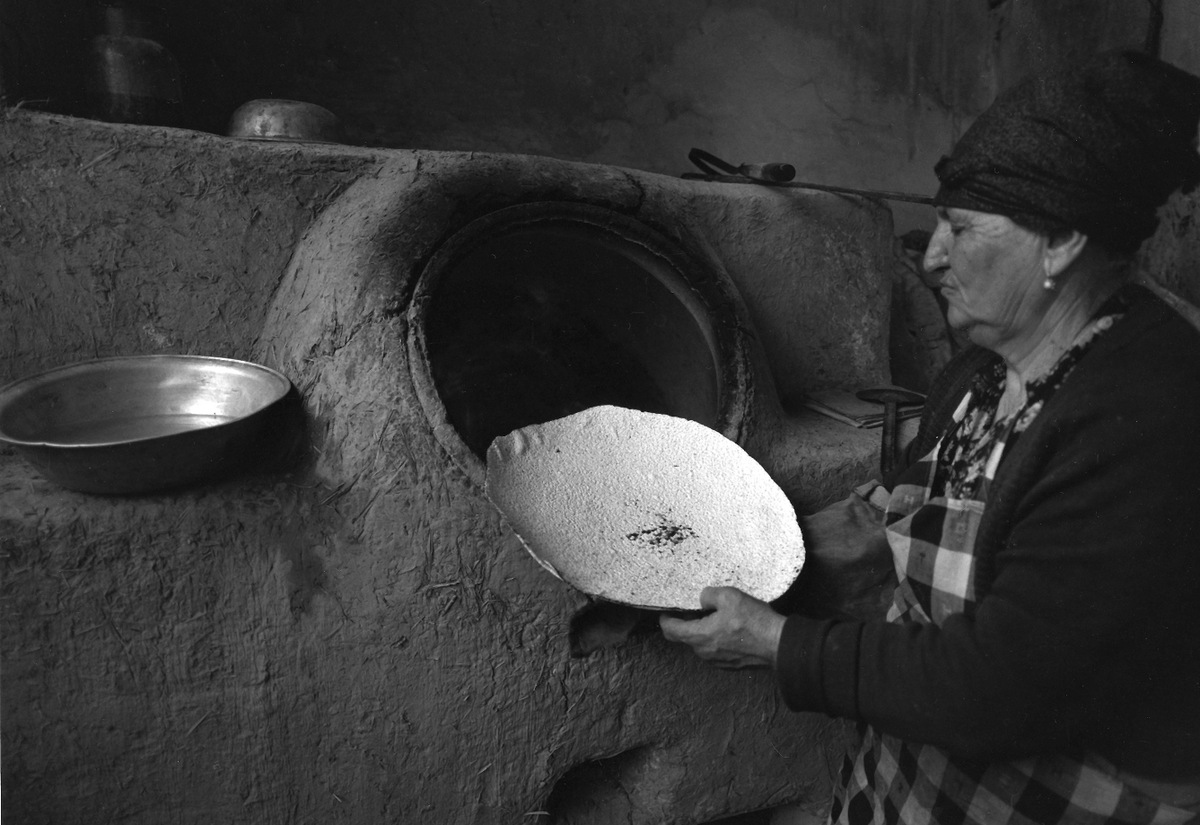 In this photograph, an elderly woman removes a round piece of freshly baked matzah from a clay oven. Baked the old fashioned way, this handmade matzah is said to be denser and chewier than the crunchy machine-made variety. This photograph was taken after the breakup of the Soviet Union. Under Soviet rule in Uzbekistan and other countries in Central Asia, life for Jews of the Bukharin and Ashkenazi communities was made very difficult because of religious persecution and confiscation of property. Emigration, primarily to the United States and Israel, began in 1972 and accelerated in 1991 when the Republic of Uzbekistan asserted its independence from the USSR. Among its non-Jewish people, this expressed itself in nationalism and xenophobia against the country’s Jewish population. Of the 45,000 Jews of Central Asia before the collapse of the USSR, there are very few who remain today.

Photographer Zion Ozeri explained the opportunities and challenges of documenting a community in transition. “I knew that these people were leaving and there won’t be much more to photograph there in fifty years or less. The people are very colorful and different … Even though they had access to regular factory-made matzot, many people preferred this hand-baked matzah (that I have to say was a much tastier matzah than anything we have), and I just like the fact that there was less rigidity about making the matzah. If you go to places here in New York or in Israel for example where they make shmurah matzah, there is much more regulation and control and it loses, to some extent, its beauty, I think. This woman was baking matzot for a lot of people in the community, not just for herself.” This spirit of inter-generational sharing has helped the large Bukharan Jewish communities in New York, Jerusalem and elsewhere maintain their traditions and customs as they reconnect to a world Jewish community that had been made remote for so long.