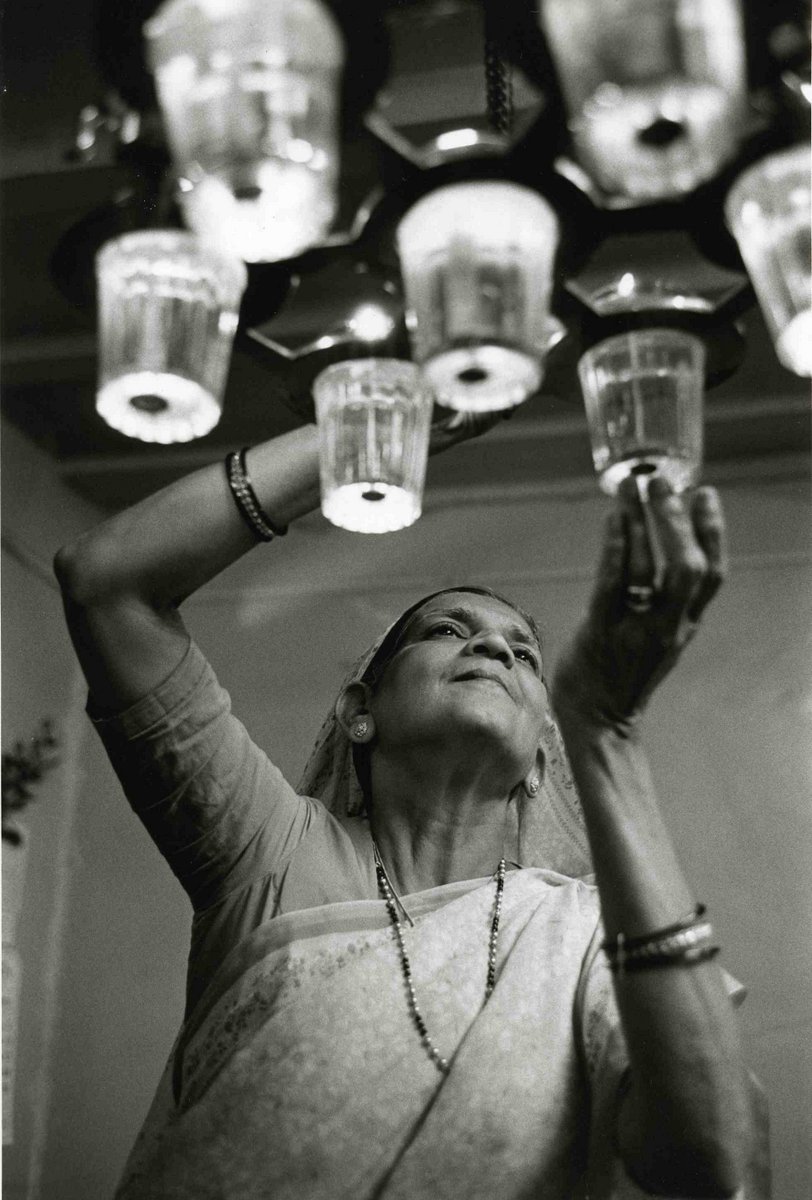 Until modern times, Shabbat and holiday lights were usually kindled with oil. In some places, like India, that’s still the custom. The woman in this photograph is lighting hanging oil lamps in honor of the holiday of Purim. Although Jewish law doesn’t require the kindling of lights for Purim, it is the tradition in her community to welcome all holidays with light.

This woman is part of India’s B’nei Yisrael community, the largest Jewish community remaining in the country. According to tradition, the original members of the B’nei Yisrael were shipwrecked on the Indian coast more than 2,000 years ago, and they’ve been there ever since. Today, there are only about four or five thousand Jews in India—a country with a total population of one billion! Although the community is smaller today than it once was, it still strives to preserve its Jewish identity, its connection to Israel, and its unique local customs.

These are the set times of the Lord, the sacred occasions, which you shall celebrate each at its appointed time.
– Leviticus (Vayikra) 23:4

The Lord spoke to Moses, saying: Command the Israelite people to bring you clear oil of beaten olives for lighting, for kindling lamps regularly. Aaron shall set them up in the Tent of Meeting outside the curtain of the Pact [to burn] from evening to morning before the Lord regularly; it is a law for all time throughout the ages.
– Leviticus (Vayikra) 24:1-3