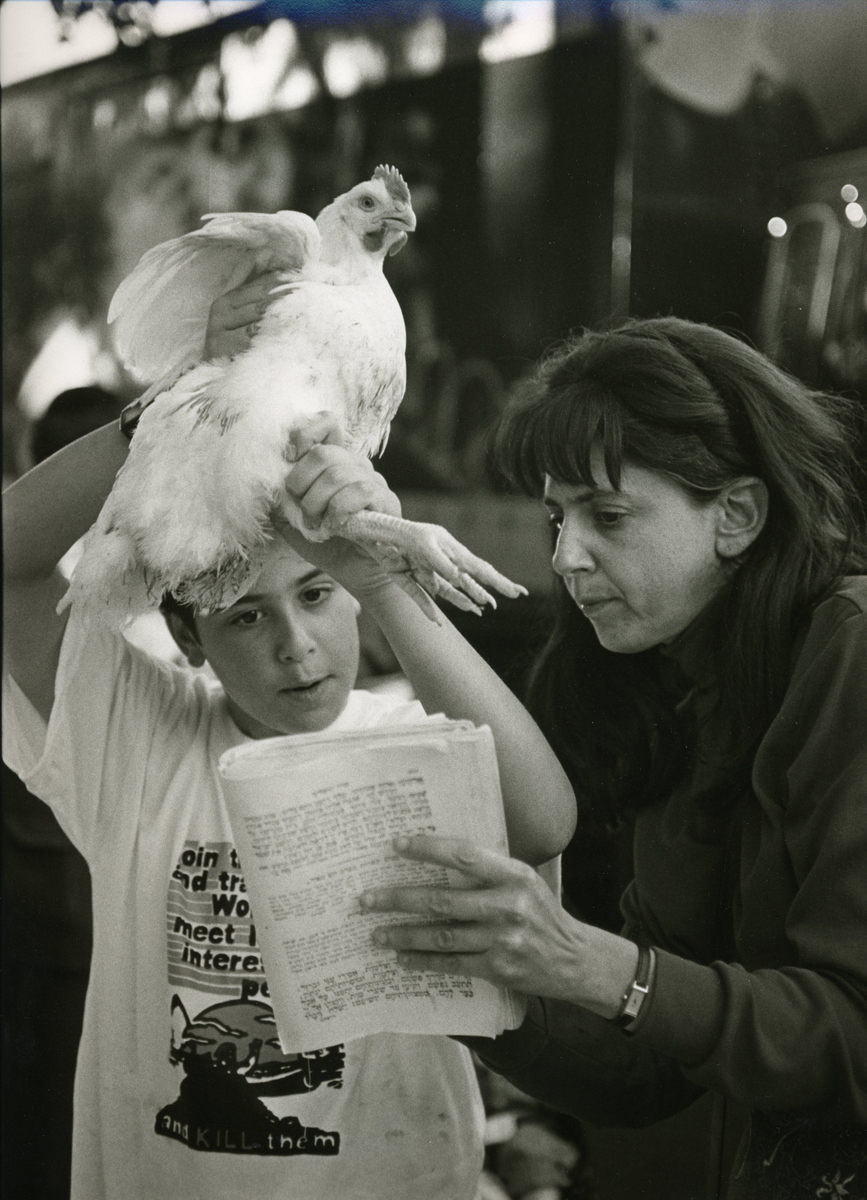 In this picture, Kew Garden Hills, Queens, is the setting for kapparot, one of the more unusual Jewish folk customs. This boy’s mother holds a prayer book for him as he waves a chicken over his head. Through this act, which is practiced just before Yom Kippur, a person’s sins are symbolically transferred to the bird. The chicken is then given as charity to a needy family. Although some people still practice this custom with a live bird, others use coins instead and then give the money to charity.

These are the set times of the Lord, the sacred occasions, which you shall celebrate each at its appointed time.
– Leviticus (Vayikra) 23:4

Moreover, if the wicked one repents of all the sins that he committed and keeps all My laws and does what is just and right, he shall live; he shall not die.
– Ezekiel (Yehezkel) 18:21