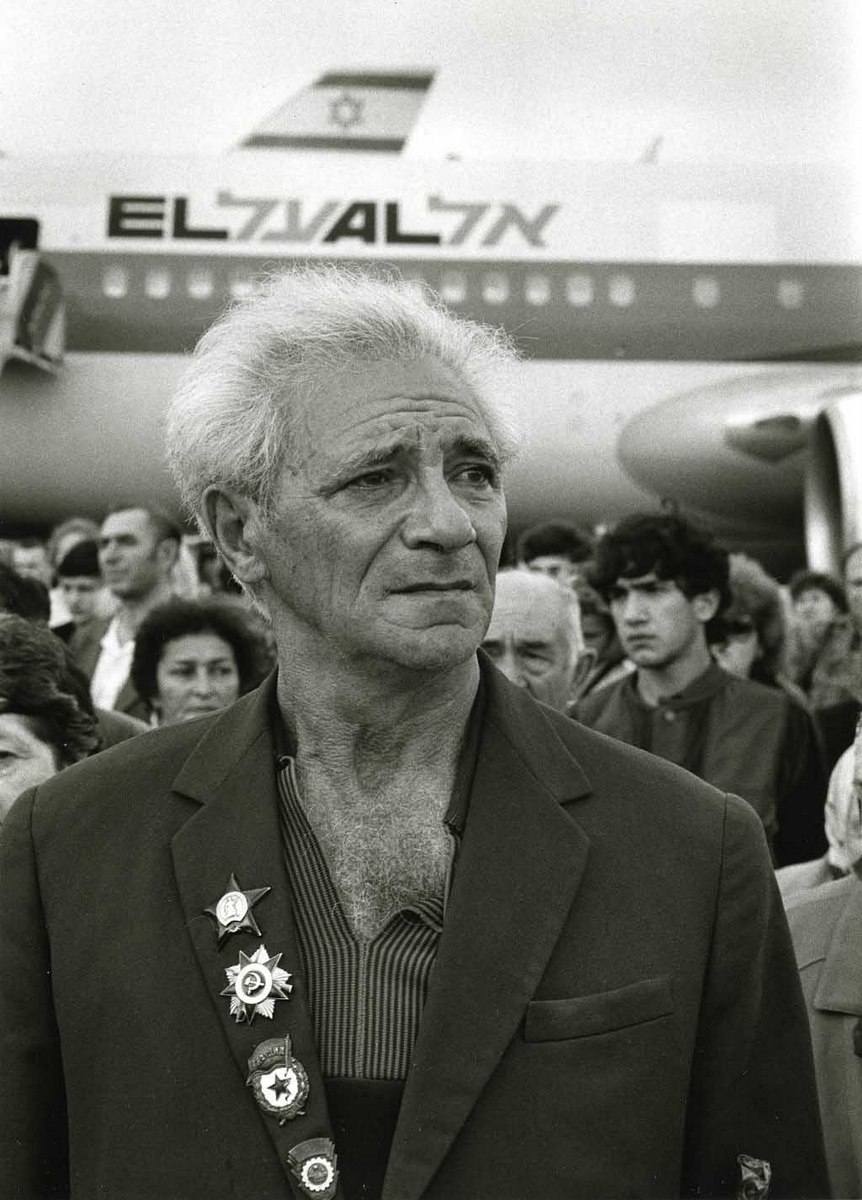 Look at the expression on this man’s face. How would you describe it—fear, sadness, confusion, joy? He has just arrived in Israel from the former Soviet Union. Under communism, Soviet Jews were not allowed to practice their religion openly and were often denied the right to immigrate to the U.S. or Israel. But after Gorbachev (the Soviet president) opened the doors to emigration in 1989, hundreds of thousands of Jews from the former Soviet Union flocked to Israel, with the help of Jews around the world.

These immigrants often arrived with very little and faced many challenges in their new homes. But the man in this picture has brought something very precious with him: the military medals he wears with pride. They serve as a reminder of his previous life, of the risks he took fighting for his country.

Here is what the photographer, Zion Ozeri, has to say about this picture: “I call it honorable discharge. He was obviously discharged from the Russian army. And many Jews, by the way, either sacrificed their lives or fought heroically during World War II…. I always look for the image that would define the moment, so to speak. So I sort of saw it in his face…. You see the flag, you see El-Al, and that look.”

Gray hair is a crown of glory;
It is attained by the way of righteousness.
– Proverbs (Mishlei) 16:31

Bring us in peace from the four corners of the earth and lead us with upright pride to our Land.
– from shacharit (the morning service)