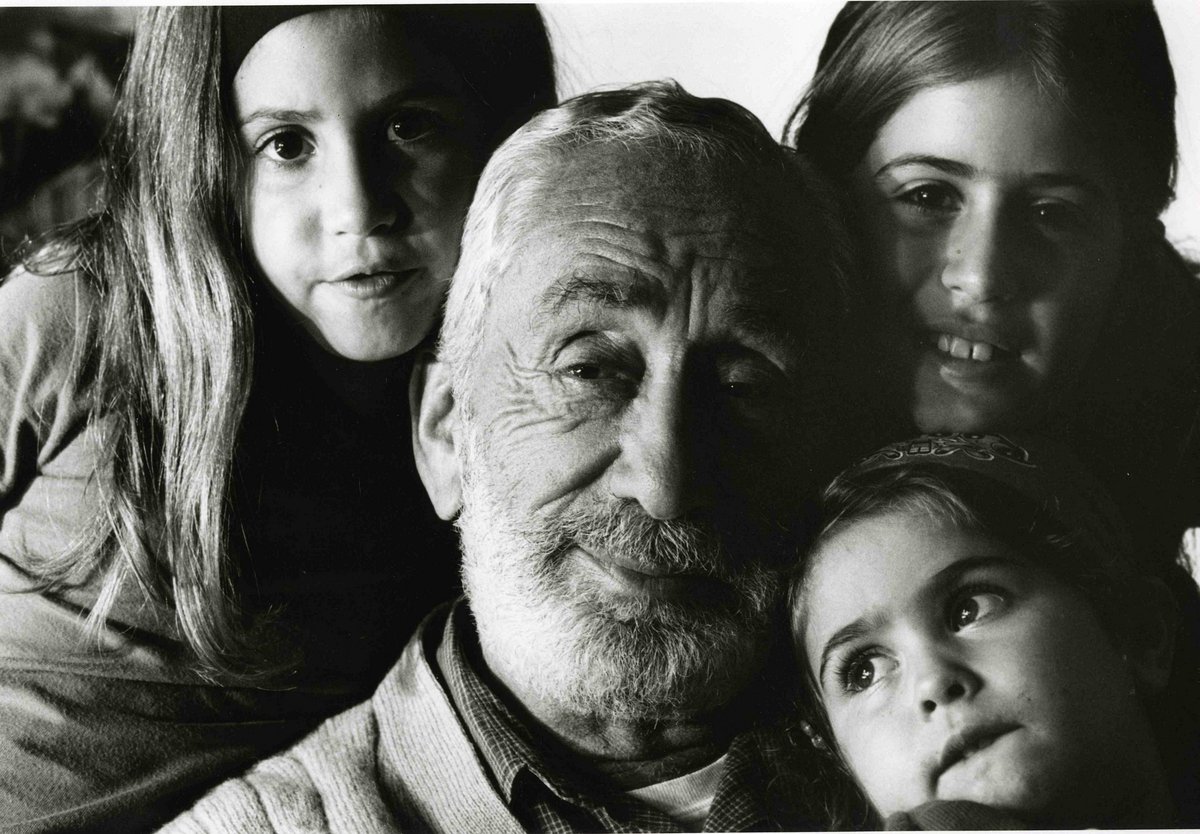 Here we see a Holocaust survivor surrounded by his grandchildren. He lives in Buenos Aires, where he writes and lectures about the Holocaust. The photographer, Zion Ozeri, explains why he took this picture: “I was concerned about taking a meaningful photograph of him. I could have taken his photograph sitting alone in a chair but I decided that his dignity would shine through more if he was surrounded by his grandchildren. Holocaust survivors lost so much family and they didn’t think they would have any future. This is showing that they do have a future.”

You shall rise before the aged and show deference to the old; you shall fear your God: I am the Lord.
– Leviticus (Vayikra) 19:32

When two people relate to each other authentically and humanly, God is the electricity that surges between them.
– Martin Buber