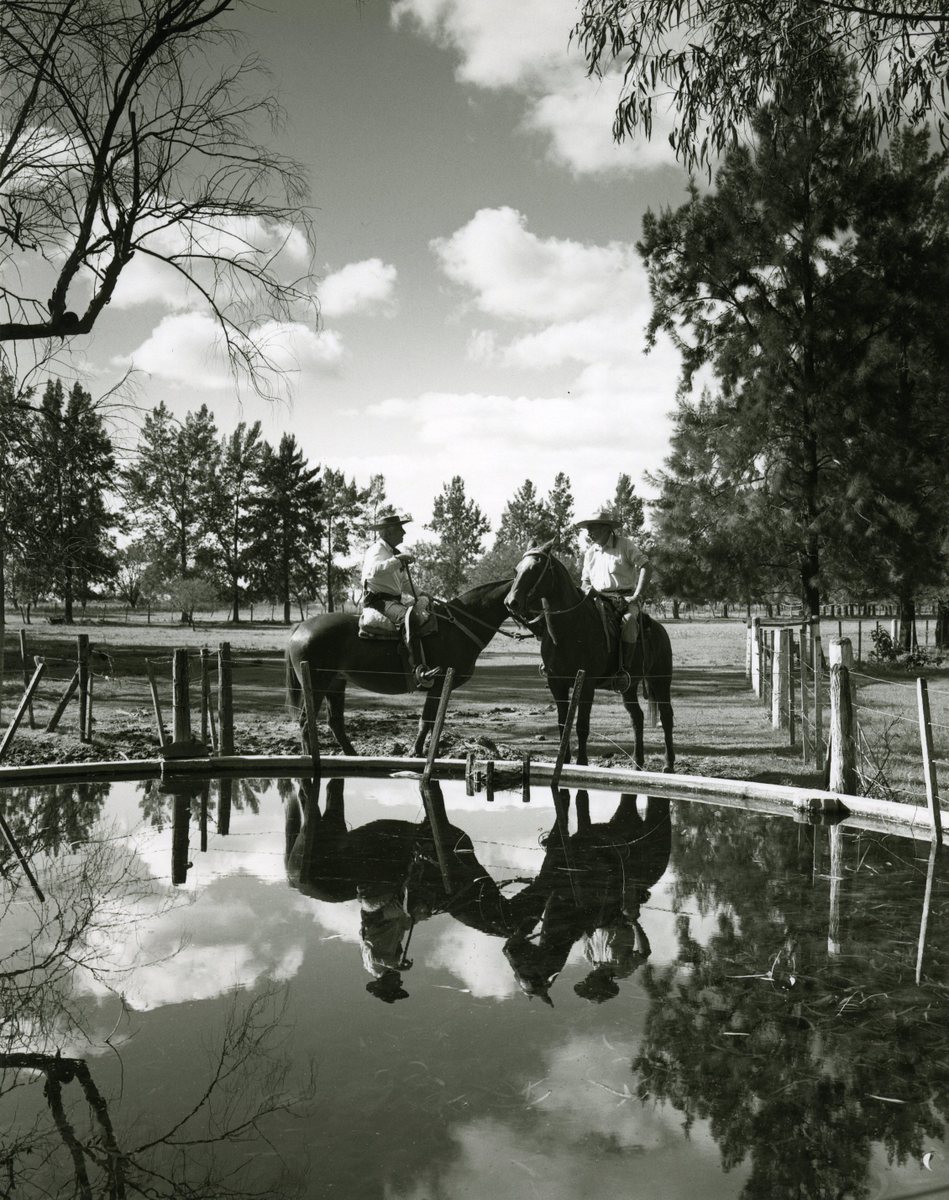 Baron Maurice de Hirsch (1831 – 1896) was a German Jewish businessman and philanthropist. In 1891, he founded the Jewish Colonization Association, or JCA, with the goal of establishing colonies in North and South American for Jews experiencing economic, political, or social oppression in Eastern Europe. These immigrants endured many hardships, but at the height of their success in the 1920s the JCA colonies in Argentina were home to more than 30,000 Jews. Although the farming and herding lifestyle was very different from their life in Eastern Europe, the Jews adapted, eventually becoming Jewish Gauchos (cowboys). Today, very few Jews remain in Moisesville and the other original colonies; most have moved to Argentina’s bigger cities.

Now God took the man and God placed him in the Garden of Eden to work it and to guard it.
– Genesis (Bereshit) 2:15

“I had scarcely finished praying in my heart, when Rebekah came out with her jar on her shoulder, and went down to the spring and drew. And I said to her, ‘Please give me a drink.’ She quickly lowered her jar and said, ‘Drink, and I will also water your camels.’ So I drank, and she also watered the camels.”
– Genesis (Bereshit) 24:45-46