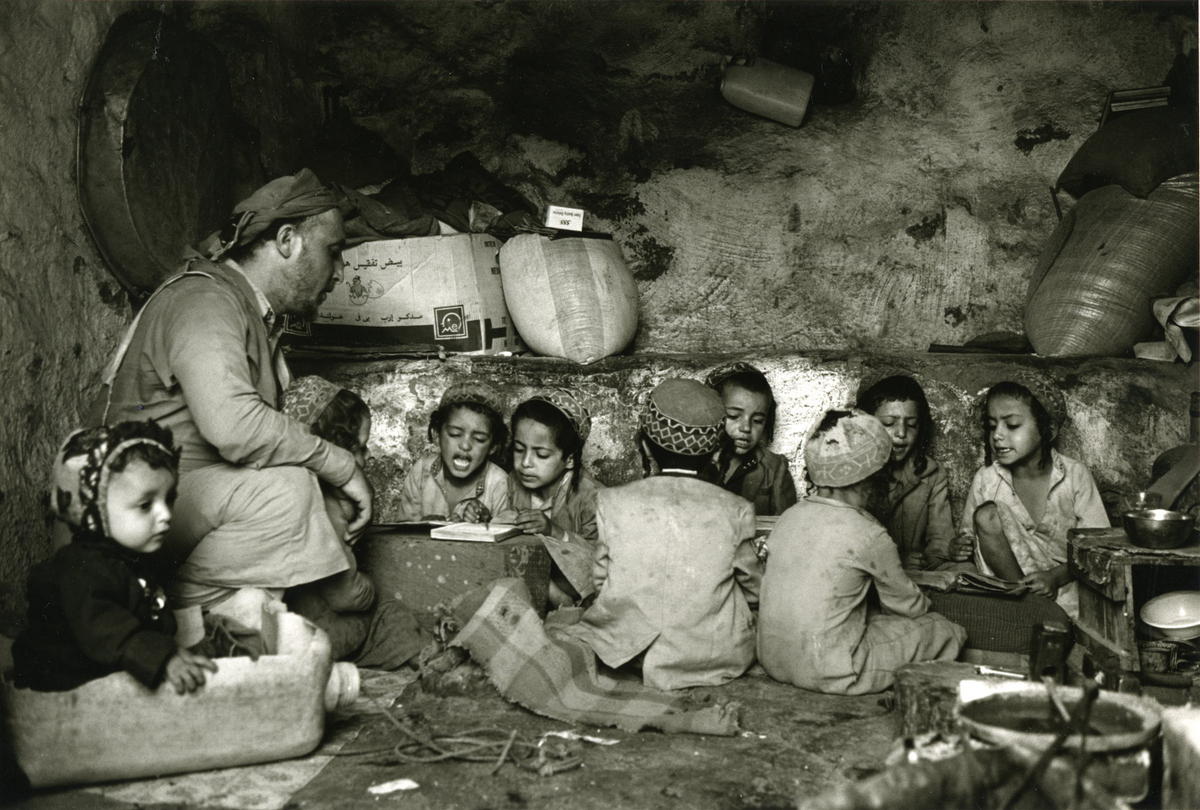 You don’t need to be in a classroom or synagogue to study the Torah. You can do it almost anywhere—even in a cave. The town of Haidan A-Sham is located in a rugged and mountainous part of Yemen, and the Jews there made use of whatever spaces were available. These boys have gathered in a cave to study the weekly Torah portion. Since the time this photo was taken, most of the Jews have left that part of the country, moving to bigger cities or to Israel.

Jews first moved to Yemen in ancient times. They practiced their religion faithfully throughout the centuries but were generally treated as second-class citizens by the Muslim authorities. Because of the way they were treated, as well as their longing to return to the Jewish homeland, Yemenite Jews started immigrating to Israel in the late 1880s. This culminated in 1949 – 50 with a huge airlift known as Operation Magic Carpet. For the Yemenite Jews, this airlift seemed to fulfill Isaiah’s prophecy that the Jewish people would be brought to the promised land “on the wings of eagles.” Today, only a tiny number of Jews remain in Yemen.

Joshua ben Perachyah said, “Get yourself a teacher, find someone to study with, and judge everyone favorably.”
– Pirkei Avot 1:6