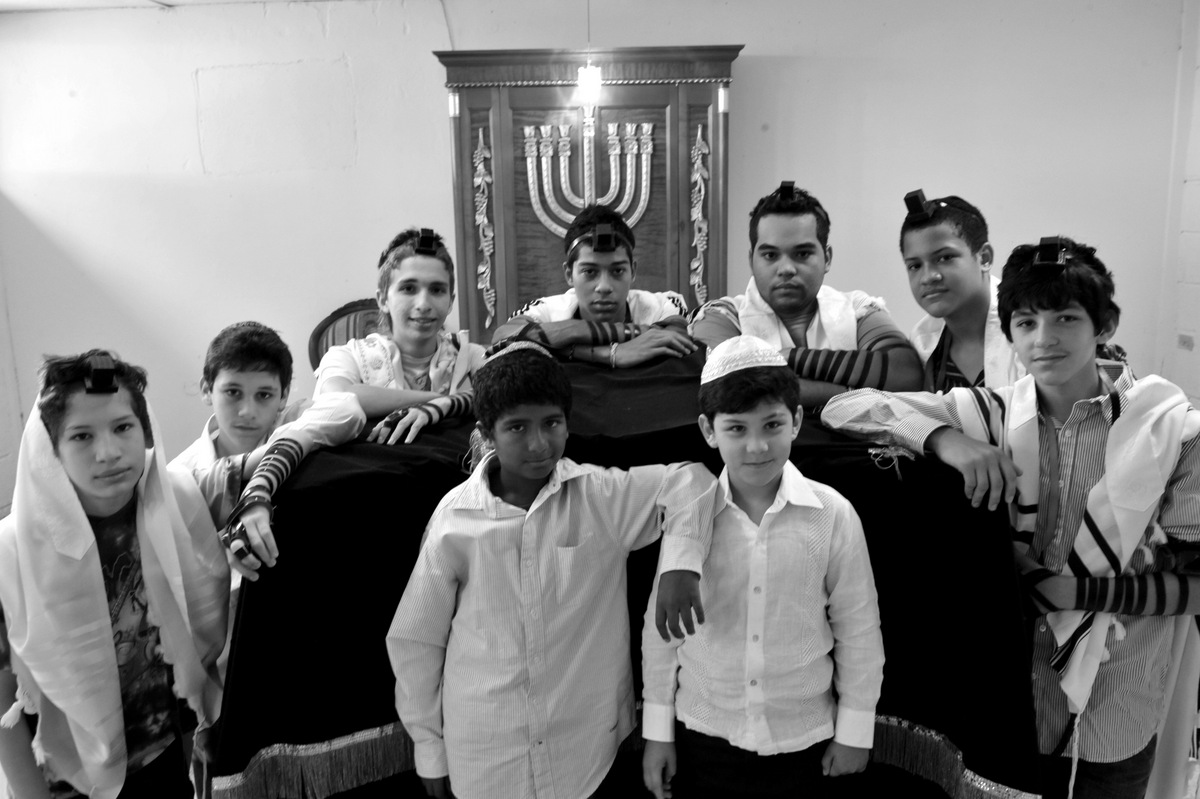 These young students in Cartagena are posed around the bimah after their morning prayers. Most of them have had a bar mitzvah and are wearing tefillin and a tallit, but a few of them are not yet of age. The community is also a relatively young one, primarily made up of recent converts to Judaism. Zion Ozeri describes the situation that day. “They were praying, for an hour together, and I was coming in and out and taking photographs and trying to be as unobtrusive as possible so as not to interrupt their focus on the prayer itself. I said to all of them beforehand … try not to look at the camera and to behave normally. But then at the end I was just taken by the spirit of these kids, and I just wanted to take a group shot, and I posed them. There was something sweet and innocent about this scene: young Jews or would-be Jews who are not taking things for granted – who are doing this because they want to belong. They truly want to be part of the Jewish community and the Jewish community (Orthodox authority) does not recognize them. Their Jewishness is challenged even though their dedication and commitment is more than many Jews who are Jewish already by birth but aren’t practicing Judaism to the degree that they are. It moves me to be with people who want to tie their destiny with the Jewish people, especially when they know it was not always fun, that history is not always nice to us.”