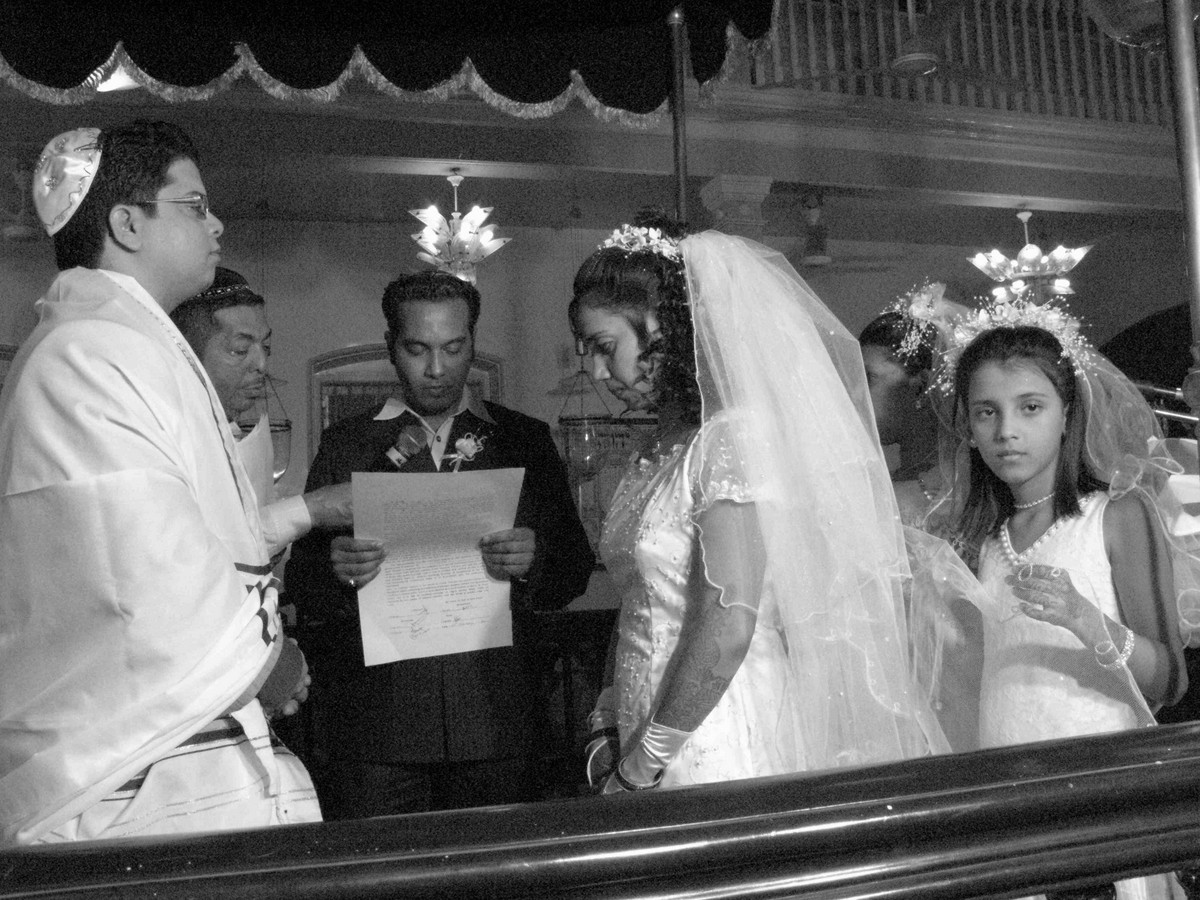 The rabbi reads from the ketuba as part of this traditional wedding ceremony in Mumbai (formerly Bombay), India. A ketuba is a marriage contract that outlines the husband’s responsibilities to his wife. This ancient document not only protects the woman’s rights during the marriage but also in the event she is divorced or widowed. Traditionally, the ketuba is written in Aramaic, but today it is sometimes written in Hebrew and/or the local language as well. Some couples have their ketuba decorated and then hung on the wall of their home.

Compare this photo with Nuptials, Libertad Synagogue, which shows a wedding in Argentina. How are the two pictures similar? How are they different?

And God created man in His image, in the image of God He created him; male and female He created them.
– Genesis (Bereshit) 1:27

God creates new worlds constantly. In what way? By causing marriages to take place.
– The Zohar