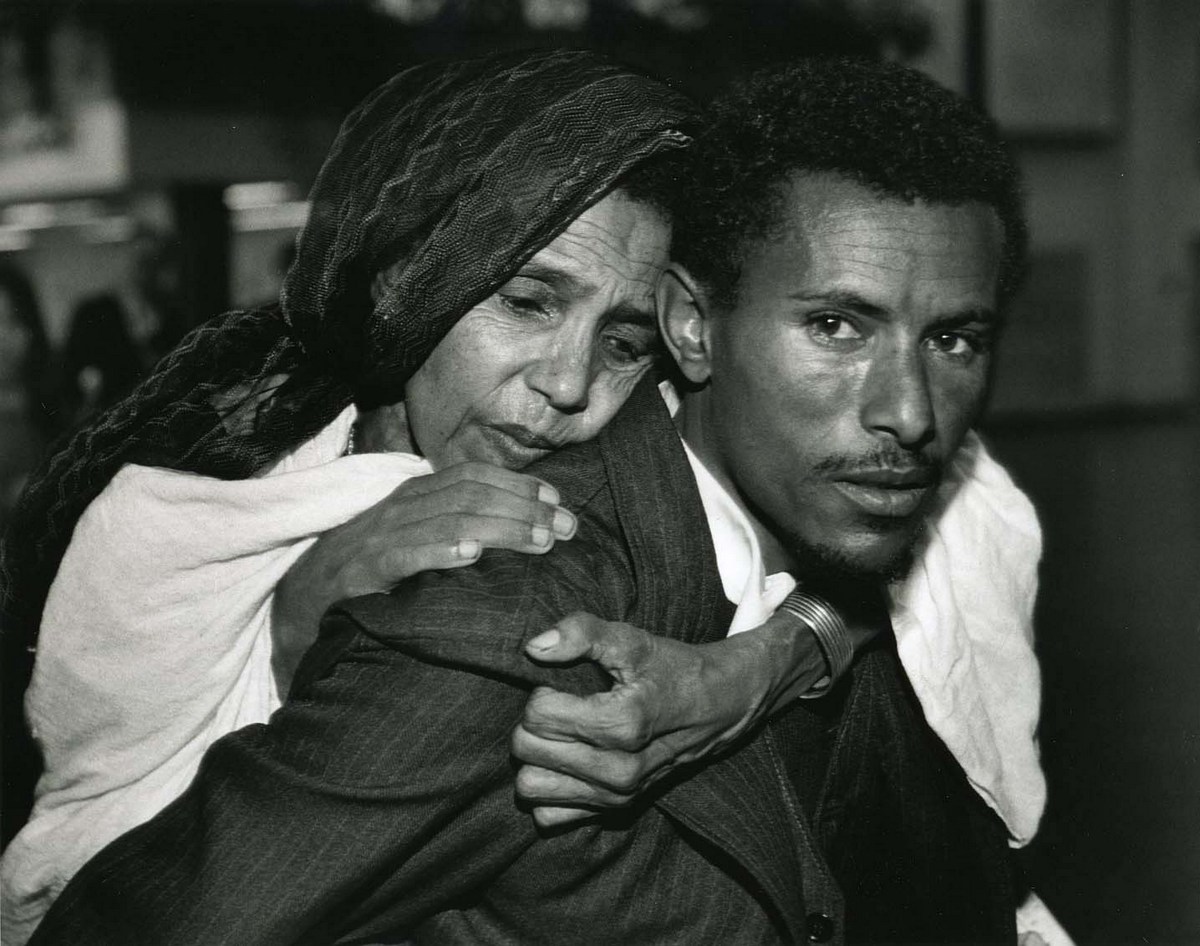 Jews have lived in Ethiopia for hundreds and hundreds of years. But in the 1970s and 1980s, life became very difficult for them. They were no longer safe. So, in 1984, the Israeli government organized a secret operation—known as Operation Moses—to bring Ethiopia’s Jews to Israel. In six short weeks, almost 8,000 Ethiopian Jews were rescued through the Sudan. It was a difficult journey, and many suffered or died along the way. When the operation ended, about 15,000 Jews still remained in Ethiopia.

The people in this photograph were part of Operation Solomon. The man carries his mother on his back as they enter the land of Israel for the first time. Look at the expression on their faces. How do you think they feel?

Here’s what the photographer, Zion Ozeri, had to say about the experience: “I was here [in the United States] at the time. Reading carefully through the Israeli newspapers and the New York Times, I felt that something was going to happen—some kind of an airlift. I smelled it in the air. So I called someone I knew at the Jewish Agency in Jerusalem, and I said, ‘What’s happening? Is it what I think is going to happen? Is there going to be an airlift?’ He said, ‘Are you crazy? I can’t talk to you about this over the phone.’ I said, ‘I understand. But tell me, should I just buy a ticket to come to Israel right now?’ And he said, ‘Yeah.’ I bought a ticket and I got there Friday afternoon. I put my luggage down at my parents’ house, took my camera, and said, ‘Goodbye, I’m going back to the airport.’ They said, ‘Why?’ I said, ‘I can’t tell you now, but you’ll know in a couple of days.’ And it was the most amazing thing. An hour or two after I got to the airport, they started landing. And you’d see babies who were being born on the planes. It was just amazing.”

All people, in every generation, must regard themselves as having been personally freed from Egypt.
– from the Passover Haggadah

My son, heed the discipline of your father,
And do not forsake the instruction of your mother.
For they are a graceful wreath upon your head,
A necklace about your throat.
– Proverbs (Mishlei) 1:8

And Moses said to the Lord, “Why have You dealt ill with Your servant, and why have I not enjoyed Your favor, that You have laid the burden of all this people upon me? Did I conceive all this people, did I bear them, that You should say to me, ‘Carry them in your bosom as a nurse carries an infant,’ to the land that You have promised on oath to their fathers?”
– Numbers (Bemidbar) 11:11-12