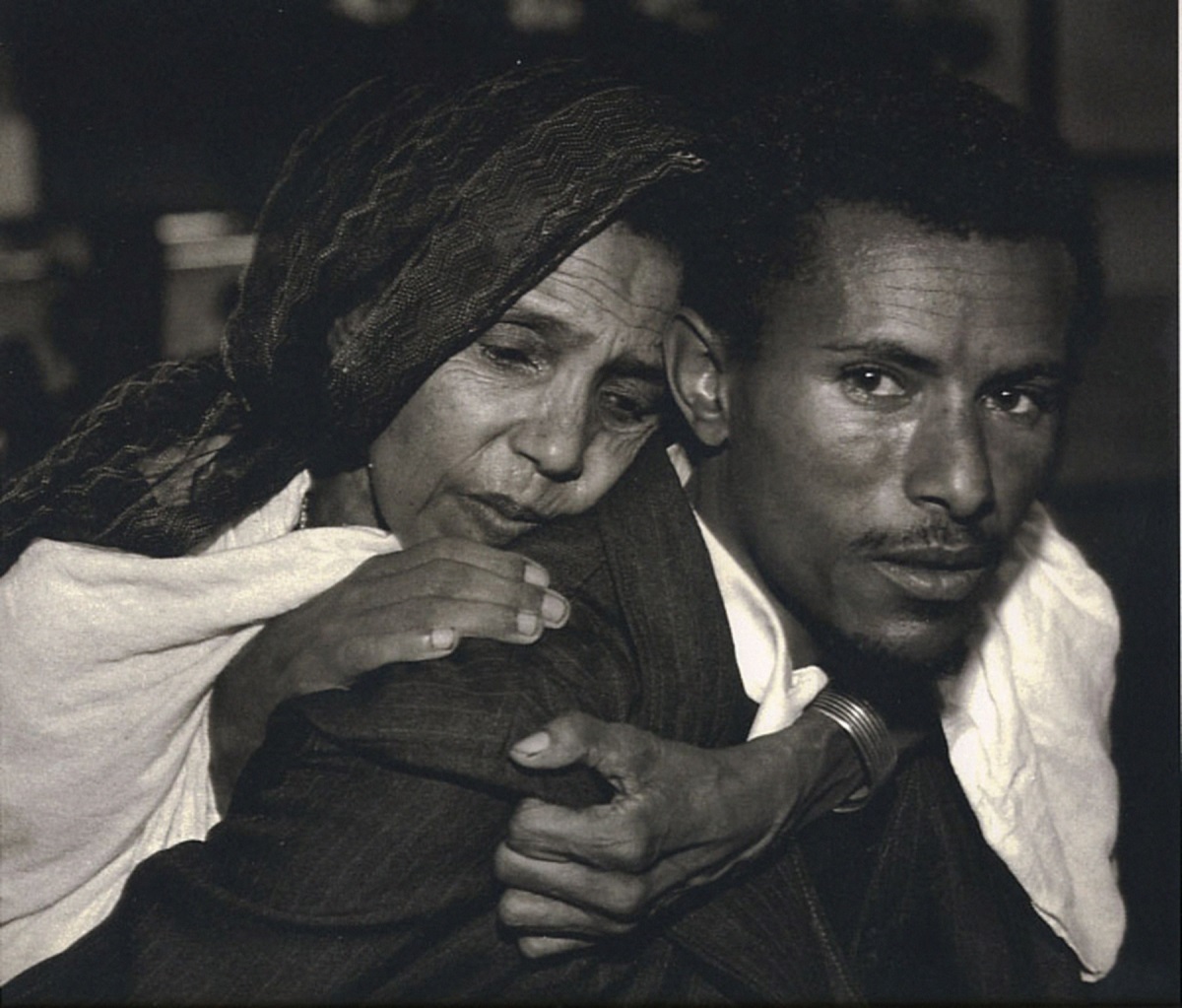 The people in this photograph were part of Operation Solomon. The man carries his mother on his back as they enter the land of Israel for the first time. Look at the expression on their faces. How do you think they feel?

Here’s what the photographer, Zion Ozeri, had to say about the experience: “I was here [in the United States] at the time. Reading carefully through the Israeli newspapers and the New York Times, I felt that something was going to happen—some kind of an airlift. I smelled it in the air. So I called someone I knew at the Jewish Agency in Jerusalem, and I said, ‘What’s happening? Is it what I think is going to happen? Is there going to be an airlift?’ He said, ‘Are you crazy? I can’t talk to you about this over the phone.’ I said, ‘I understand. But tell me, should I just buy a ticket to come to Israel right now?’ And he said, ‘Yeah.’ I bought a ticket and I got there Friday afternoon. I put my luggage down at my parents’ house, took my camera, and said, ‘Goodbye, I’m going back to the airport.’ They said, ‘Why?’ I said, ‘I can’t tell you now, but you’ll know in a couple of days.’ And it was the most amazing thing. An hour or two after I got to the airport, they started landing. And you’d see babies who were being born on the planes. It was just amazing.”