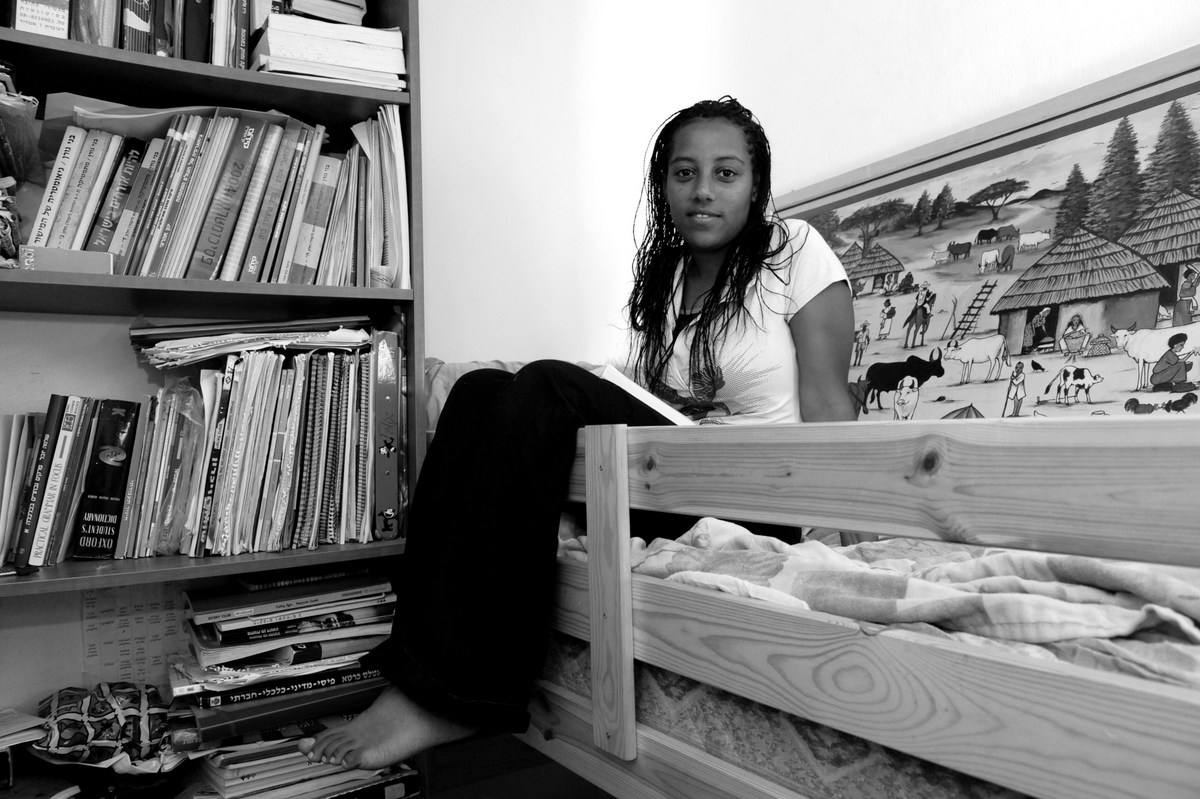 A teenager sits on her bed in the Israeli town of Rehovot. Her schoolbook is open on her lap, her shelves strewn with other books and assorted knickknacks. This could be any teenager’s room anywhere in the world. But the poster on the wall above the bed reflects this girl’s unique cultural heritage.

It shows daily life in a small village in Ethiopia. It’s a life that’s far removed from her modern existence in Israel. This young woman is one of about 85,000 Ethiopian Jews in Israel. Her parents made the difficult journey from Ethiopia during the mass migrations of the 1980s. But the journey did not end when they reached Israel.

All immigrants must struggle to adjust to a new home, new language, new friends, new culture. But those coming from Ethiopia have also had to make the transition from living in a developing nation to life in an industrialized one. In addition, the religious life of the Ethiopian Jews developed independently of mainstream Judaism over the centuries, and their re-absorption into the larger Jewish community has not always been smooth. Today, the Ethiopian Jewish community in Israel continues to face challenges, especially in the areas of education and employment.

The whole world is one town.
– Yiddish saying

But take utmost care and watch yourselves scrupulously, so that you do not forget the things that you saw with your own eyes and so that they do not fade from your mind as long as you live. And make them known to your children and to your children’s children.
– Deuteronomy (Devarim) 4:9

The individual understands himself or herself in terms of a community, not only as a singular independent person but also as an individual attached to others and interdependent with them. Here, identity means identification: solidarity with others with whom you identify. Identity in this sense is a kind of communal self.

This tie to community in the past, the present, and the future is what adds a further dimension to your own immediate activities. It requires that you not simply engage the world as a lone individual. What you do contributes to a larger picture: linking your life to the lives of contemporaries who are part of the same community or to past and future generations of that community.
– Natan Sharansky, Defending Identity: Its Indispensable Role in Protecting Democracy