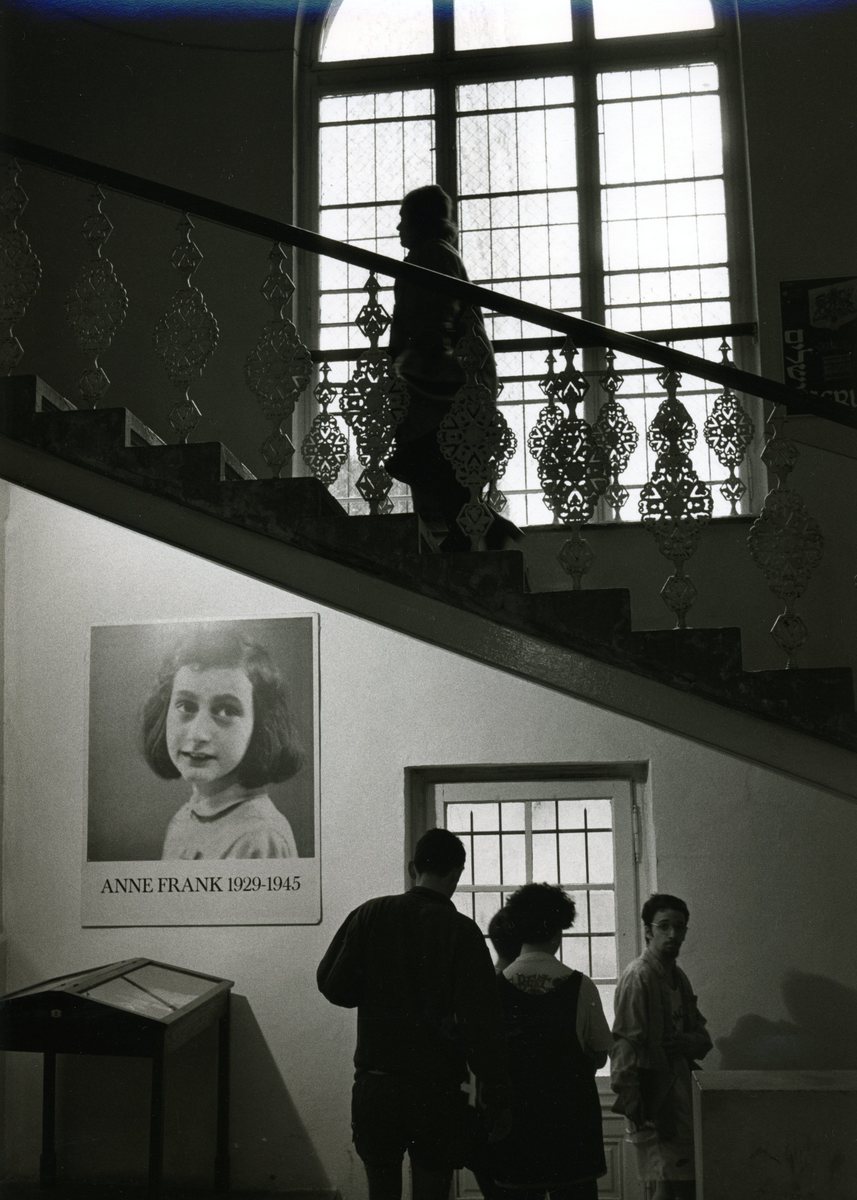 This high school in Budapest, Hungary, is named for Anne Frank, the Jewish teenager who, together with her family, hid in an Amsterdam attic for two years during World War II. They were eventually discovered by the Nazis and deported to concentration camps. Anne Frank died in 1945 at the age of 15. Notice the stairs in this picture. They could symbolize the Frank family’s attic hide-out.

This school serves Jewish teenagers in Hungary’s largest Jewish community. Budapest maintains 20 synagogues, 3 Jewish day schools, and a rabbinical seminary. But the Hungarian Jewish community is not what it once was. Before World War II, Budapest was home to more than 200,000 Jews. During the Holocaust, 600,000 Hungarian Jews were murdered, 100,000 from Budapest. Many Holocaust survivors still live in the city.

Forgetfulness leads to exile while remembrance is the secret of redemption.
– The Baal Shem-Tov

How wonderful it is that nobody needs to wait a single moment before starting to improve the world.
– Anne Frank