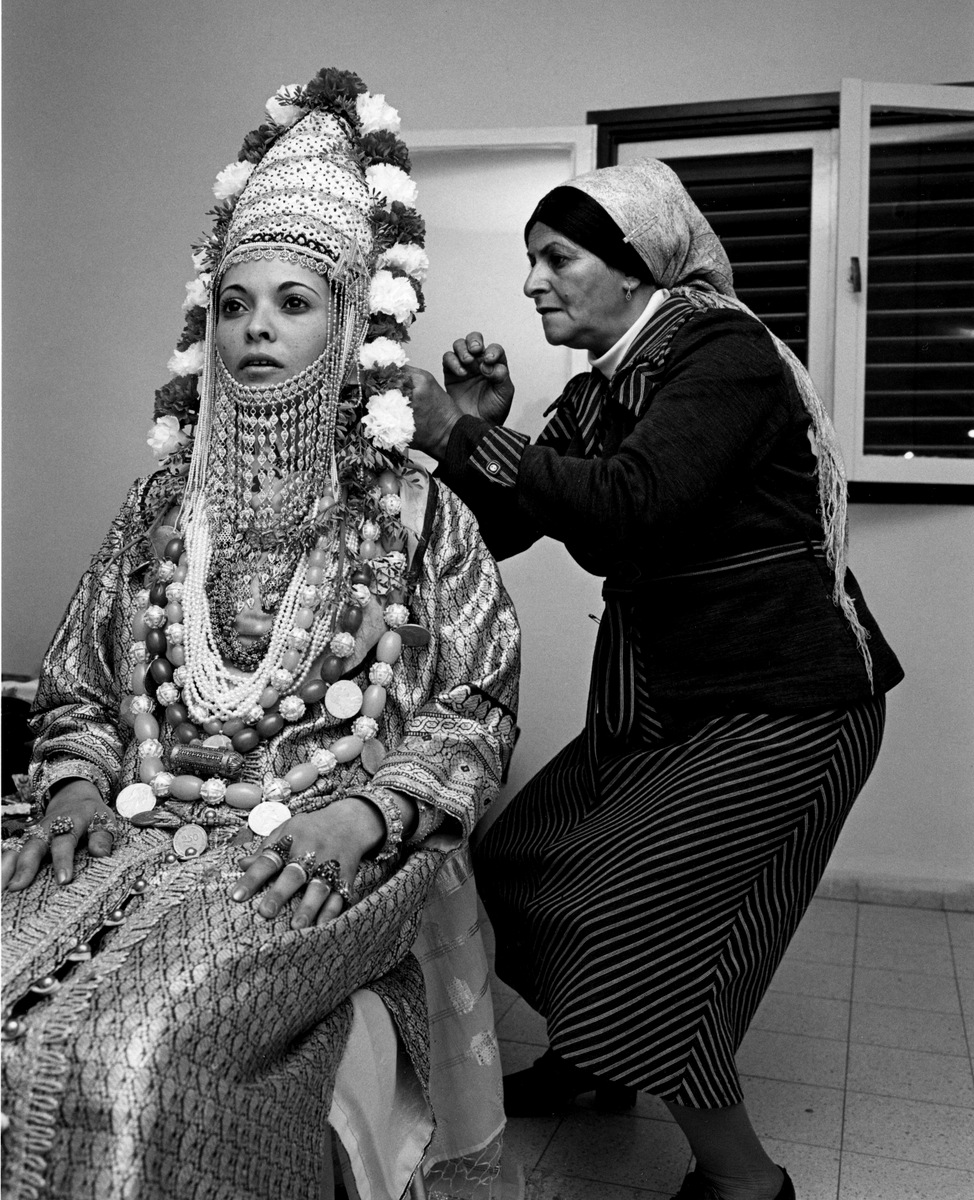 In this photo taken in the Yemenite Jewish community in Israel, a bride is helped by an older relative as she puts on the elaborate adornments customarily worn during the wedding celebration. Jewish culture in Yemen had developed largely separate from the rest of the Jewish world, even from the rest of the Mizrahi Jews living in the Middle East. As a result, many Yemeni styles and traditions reflect the customs of the majority Muslim culture and for centuries there were laws that forbid Jews from fully expressing them. For instance, synagogues had to be smaller and less ostentatious from the outside than mosques and a Jewish home could not be higher than 9 meters. There were also restrictions on clothing: Jews could not wear bright colors, except for on one’s wedding day.

Today, most of Yemen’s Jewish community has emigrated to Israel and America. And although Yemenite Jews living in Israel today wear modern clothing, their wedding outfits still honor the age-old traditions and are adorned with metal and stone jewelry, reflecting the craftsmanship of their ancestors in Yemen, many of whom were the exclusive silversmiths and jewelers of the entire region. The entire headdress is formed by many necklaces made of pieces of ornate metal filigree, as well as a woven cone adorned with colorful flowers and embroidered fabrics. Sometimes before the wedding, the hands and feet of the husband and bride are temporarily stained with henna ink made from camphire plants, in an ancient custom referenced in the Song of Solomon, “My beloved is unto me as a cluster of camphire in the vineyards of En-Gedi” (Song of Solomon, 1:14).