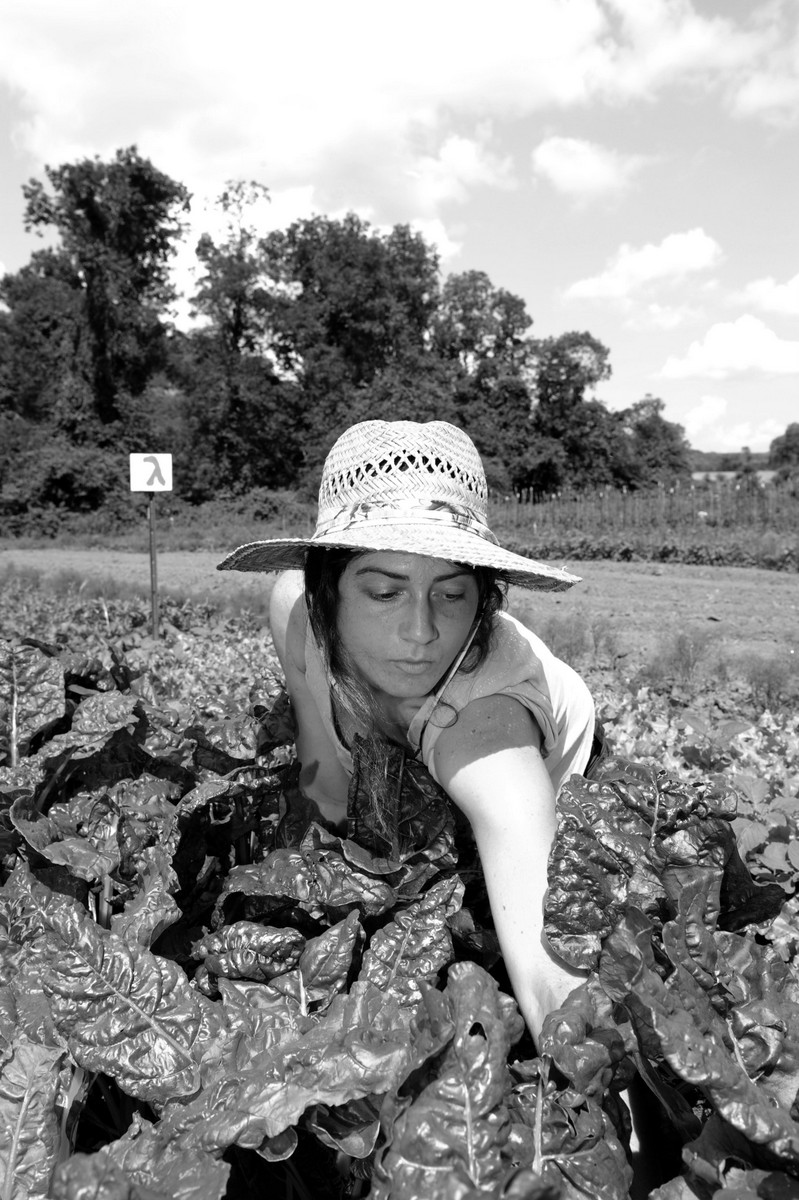 No, this is not a kibbutz or moshav in northern Israel. It’s actually an organic farm in rural Connecticut. This woman is part of a program called ADAMAH (literally, “land”), run by the Isabella Freedman Jewish Retreat Center, in Falls Village, Connecticut. ADAMAH is a leadership training fellowship for young adults that’s designed to teach “the vital connection between Judaism and environmental stewardship.”

ADAMAH participants spend their time working on the center’s organic farm, learning about sustainable agriculture, and studying what Jewish tradition has to say about our natural environment. As a religion rooted in the agricultural practices of ancient Israel, Judaism has always reflected a deep understanding of nature’s rhythms and an appreciation for our delicate relationship with our surroundings.

Rabbi Ahai ben Josiah states:
One who purchases grain in the market—to what may such a person be likened?
To an infant whose mother died; although taken from door to door among wetnurses, the baby is not satisfied.
One who buys bread in the market is as good as dead and buried.
But one who eats from what one has grown is like an infant raised at its mother’s breast.
– Avot of Rabbi Natan, 30:6

Two people were once fighting over a piece of land. Each claimed ownership, and each bolstered the claim with apparent proof.

After arguing for a long time, they agreed to resolve their conflict by putting the case before a rabbi. The rabbi sat as an arbitrator and listened carefully, but despite years of legal training the rabbi could not reach a decision. Both parties seemed to be right.

Finally the rabbi said, “Since I cannot decide to whom this land belongs, let’s ask the land.”

The rabbi put an ear to the ground, and after a moment stood up. “My friends, the land says it belongs to neither of you—but that you belong to it.”
– source unknown