A Sign and a Witness, Ben Gurion Airport, Israel 1991 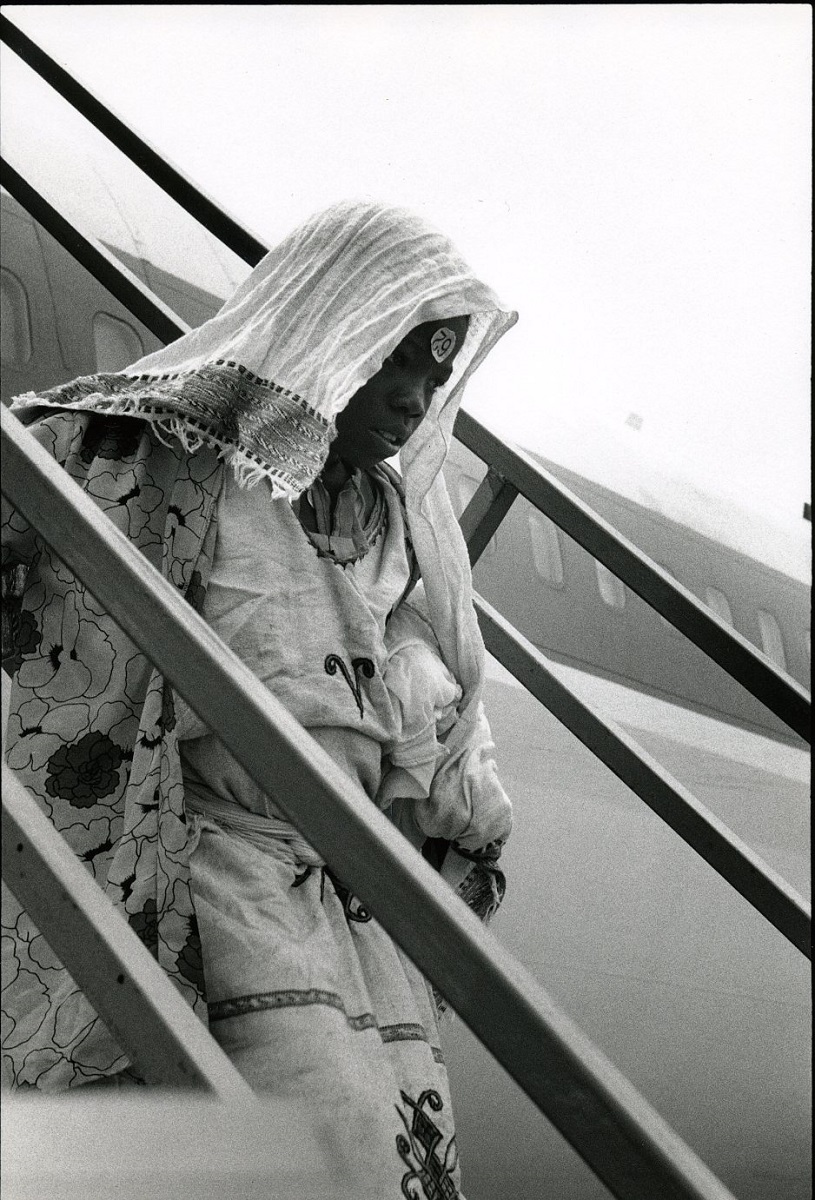 A Sign and a Witness, Ben Gurion Airport, Israel 1991

Jews have lived in Ethiopia for hundreds and hundreds of years. But in the 1970s and 1980s, life became very difficult for them. They were no longer safe. So, in 1984, the Israeli government organized a secret operation—known as Operation Moses—to bring Ethiopia’s Jews to Israel. In six short weeks, almost 8,000 Ethiopian Jews were rescued through the Sudan. It was a difficult journey, and many suffered or died along the way. When the operation ended, many Jews still remained in Ethiopia.