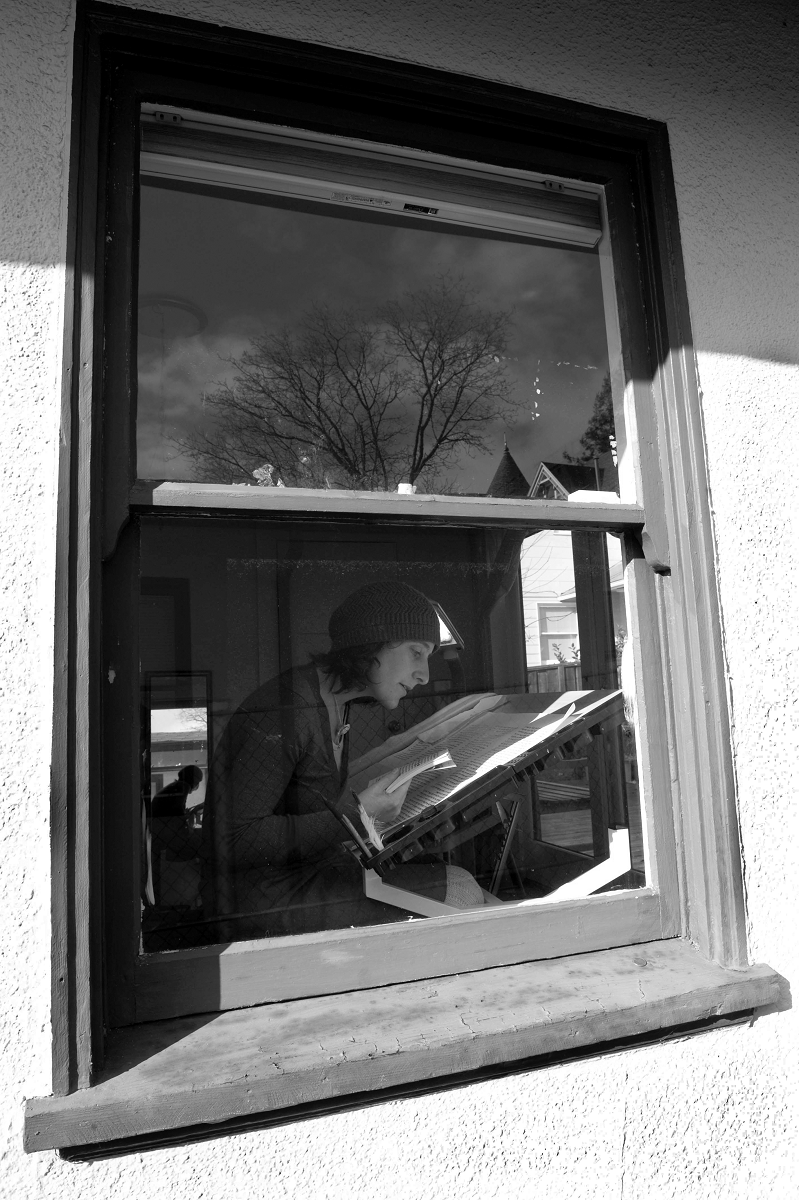 From the inscription of a single letter up through the completion of an entire scroll, the mitzvah of writing a Sefer Torah is a very important commandment as it continues the chain of Jewish tradition and study. Here, Julie Seltzer, one of a handful of female sofers (scribes) worldwide, sits at a desk, comparing the Hebrew text on the parchment page to that from the tikkun, a textual guide for scribes. If a sofer makes a calligraphic error in a word, then that single word and the parchment it is written on can be scraped off, but if it is the name of G-d, then the entire sheet of parchment must be ritually buried or placed in a genizah and it is considered unfit for use. Although the act of being a sofer can be overwhelming, as there are over 300,000 letters that must be handwritten perfectly, Seltzer’s expression is very calm.

There are numerous expenses involved in creating a new Torah. They include the 62 sheets of parchment derived from animal hide, the ink which uses an ancient recipe and the labor of preparing these materials, and then finally the expertise to write the text, which can take about a year. As a result, after a new Torah scroll is commissioned, there is often a celebration to mark its completion and individuals are given the honor of writing in some of the final words. This symbolic act of just writing a few letters is said to fulfill the mitzvah of writing a Torah in one’s lifetime.

Zion Ozeri was commissioned by the San Francisco’s Contemporary Jewish Museum to take this photograph of Seltzer at her home studio to show the private process that is traditionally part of creating a Torah. During the time when this photograph was taken, Seltzer was the soferet-in-residence at the museum. Over the course of a year, about as long as it takes to complete one Torah, Seltzer worked on a Torah scroll in public view.