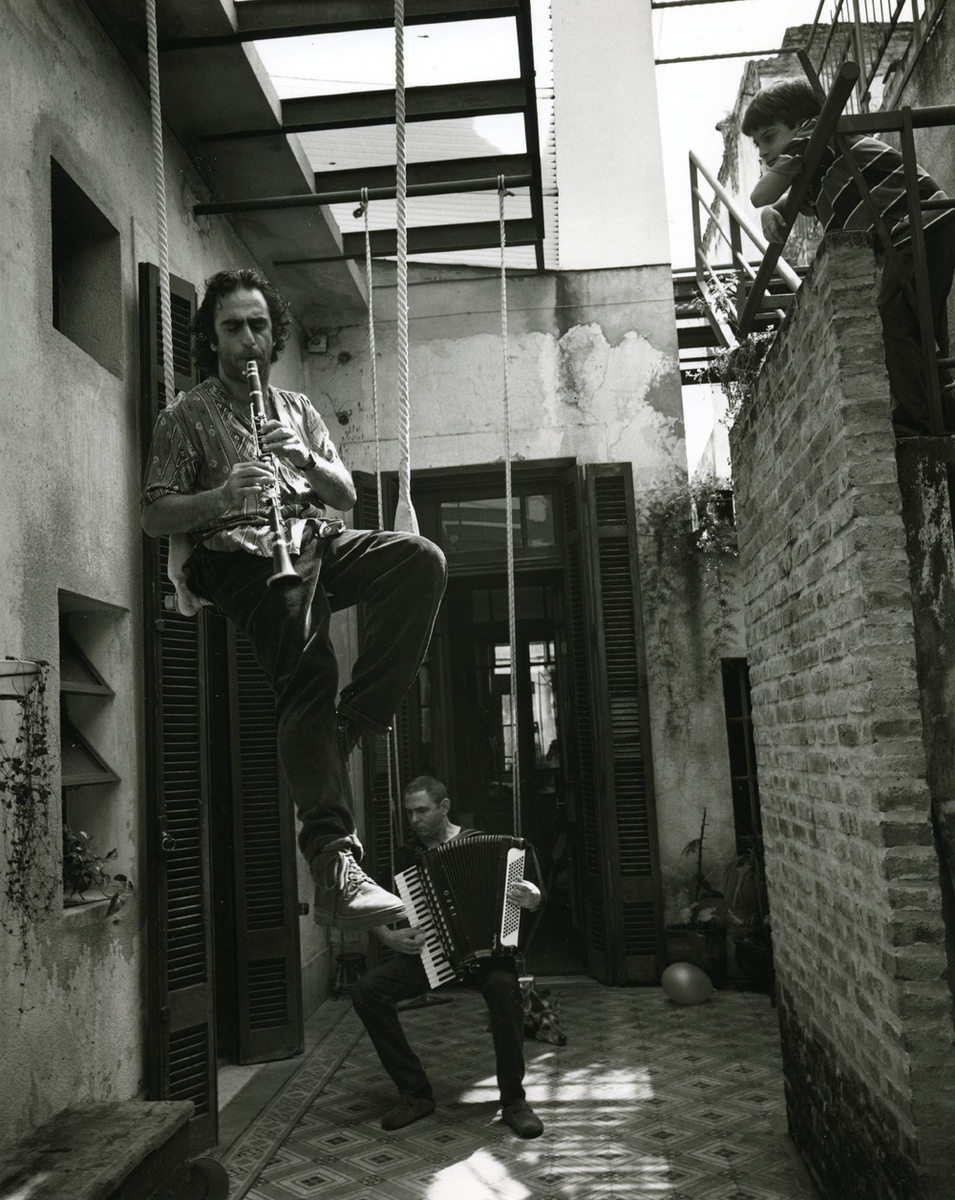 Klezmer is the traditional music of Eastern European Jews. Although many people think of it as oldfashioned music, young Jewish musicians all over the world have started playing klezmer again. The two men in this picture are from Buenos Aires, Argentina. Although this photo was taken at their studio in Argentina, their band plays all over the world. What mood does the photographer create in the way he posed the musicians?

Argentina has the largest Jewish population of all the countries in Central and South America. But because of recent economic problems, many young Argentine Jews have emigrated to Israel and elsewhere in search of new opportunities.

The photographer, Zion Ozeri, has this to say about klezmer music today: “It’s interesting—there is a big revival in klezmer music. At some point, we all looked at it: ‘Oh, it’s very Diaspora, very old, very ancient. It cannot speak to today’s audiences.’ And you’d be surprised; if you’re good at it, you can really take it to a new level. And it’s popping up all over the world.”

Sing forth, O you righteous, to the Lord; it is fit that the upright acclaim Him. Praise the Lord with the lyre; with the ten-stringed harp sing to Him; sing Him a new song; play sweetly with shouts of joy.
– Psalms (Tehilim) 33:1-3